by west point
Wed Oct 06, 2021 9:29 pm
A WAG. Maybe SF behind is due to more complicated signaling and lack of specialized chips ?
Another WAG. Is CalTrain having the train sets testing at Pueblo qualifying units to a very high speed ?

by lpetrich
Sun Oct 10, 2021 2:49 pm
I searched with Google and I found PowerPoint Presentation - Caltrain Electrification Update PPT2.pdf -- is there any page in Caltrain's site that links to it?

Though dated September 22, that document's detailed statistics are for August 31. Much like the previous update documents -- details are for some weeks before the document's date.

But this document shows in red text changes since the previous month.

The construction-progress section was dated September 30, like the previous one in being nearly a month behind. Train testing (quoting the presentation):

by lpetrich
Fri Nov 26, 2021 4:04 pm
I searched with "Caltrain electrification update" and I found the latest update: PowerPoint Presentation - 10 - PCEP Update PPT.pdf - its detailed construction updates are dated October 31 for the trackside infrastructure and November 15 for the substations. 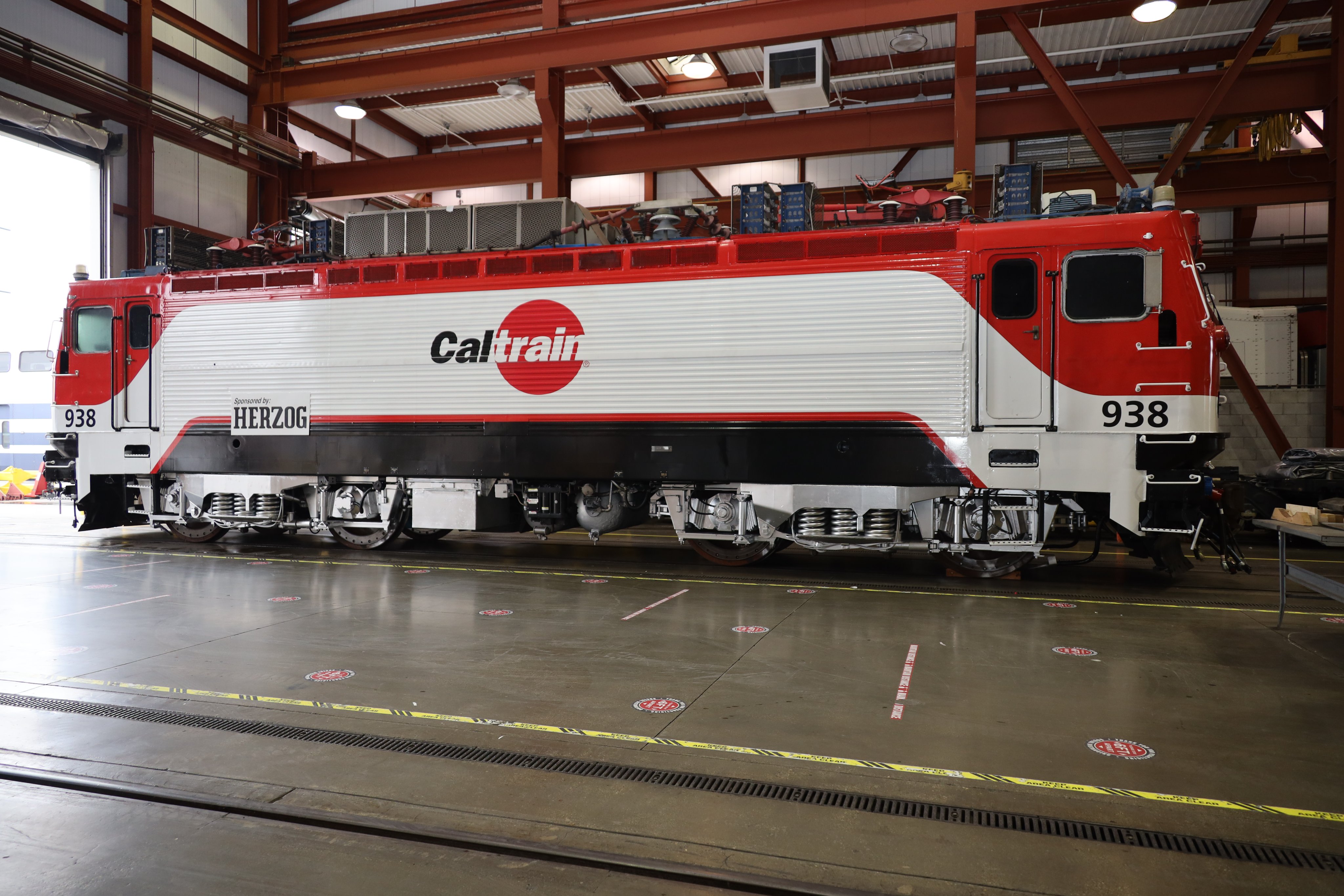 by KTHW
Wed Dec 15, 2021 9:23 pm
The fact that they repainted it makes me think it might stick around to be a rescue engine or be lashed up on the other end of a train set opposite a diesel going past electric territory.

by Head-end View
Wed Dec 15, 2021 10:13 pm
That looks really cool! I'm so sorry these compact, efficient workhorses are gone from the Northeast Corridor.

KTHW wrote: ↑Wed Dec 15, 2021 9:23 pm The fact that they repainted it makes me think it might stick around to be a rescue engine or be lashed up on the other end of a train set opposite a diesel going past electric territory.

The link provided above by ST Saint states that the repainting was contributed by Herzog. Caltrain is very diligent in keeping the public informed of progress and doesn't want passengers seeing hard-worn, disheveled-looking M/W equipment.

Also, scroll down to a tweet by Christof Spieler with a photo of the Amtrak/NJT station at EWR and the accompanying pungent comment. (Nothing to do with Caltrain, but worth noting.)

PowerPoint Presentation - 8di - PCEP PPT.pdf - mentions a "Change Management Board" and states that the construction info will change format next year.

My guess is they'll be used for work train service as well as rescue movements.

"Revenue service date remains fall 2024"
Date: 2021 Dec 15. The wire is reported in "linear feet", which seems like a tautology. But I'm guessing that it's total length of wire, since the total reported is 1.5 million feet or 300 miles, 6 times longer than the route length of 50 miles.

Also a "Crossing Optimization Project" for the grade crossings.

by lensovet
Wed Jan 12, 2022 11:09 pm
my thought was more that linear feet implies the actual length of wire used, as opposed to the length of track that it covers.
Paul Borokhov

by RRspatch2
Fri Feb 04, 2022 12:11 pm
Sounds like they got a lot of wire up, at least on the south-end. Has any of the catenary been energized yet and any idea how soon the ex Amtrak AEM7 will start testing the catenary?

by RandallW
Sat Feb 05, 2022 6:44 am
They just completed placing all the foundations for the catenary poles. (https://www.railwayage.com/mw/caltrain- ... n-project/)