by davinp
Thu Nov 17, 2022 9:08 pm
Here are some prototypes WMATA is trying to reduce fare evasion at Fort Totten: 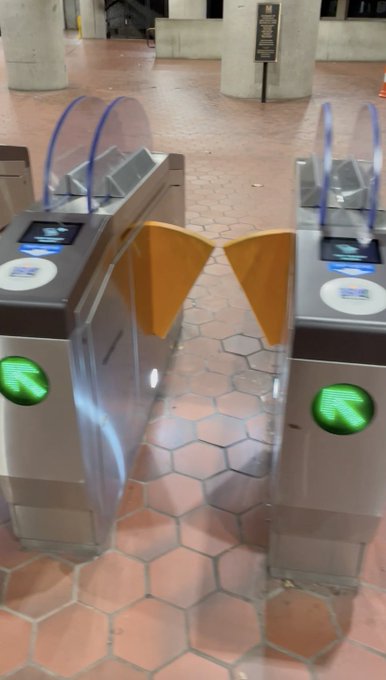 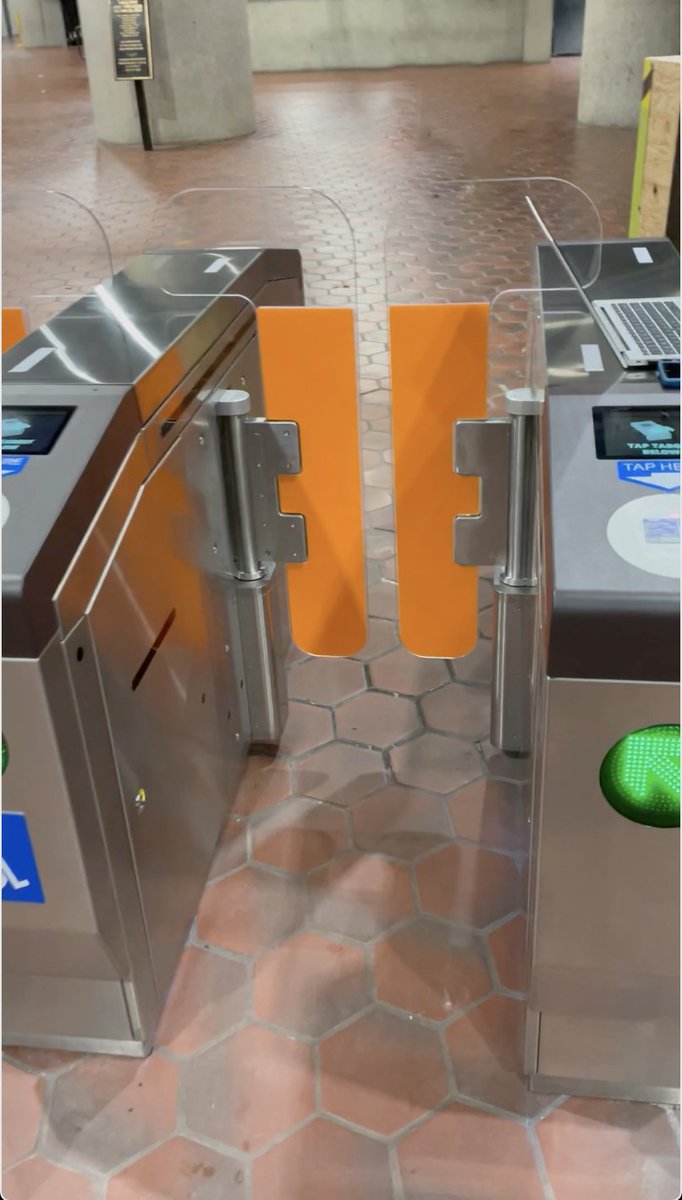 by STrRedWolf
Thu Nov 17, 2022 9:35 pm
The first: Leapfrog over the yellow leaf gates, or parkour over them. No injury, still going.

The second: not bad. Guy would have to vault the gate's box then vault over the doors... and likely injure themselves, slowing them down. I like it.
I want to know, have you ever seen the train, coming down, on the rail?
https://throng.band

by JDC
Wed Dec 07, 2022 1:28 pm
When they were introducing the new - and maybe soon to be replaced faregates - I was bummed they didn't go with #2 style and instead once again went with the clamshell approach. Here is hoping they get it right this time.
Living in Broadlands, VA; Working at Half & L SE, DC.

by daybeers
Mon Dec 12, 2022 10:47 pm
Or they could stop worrying so much about fare evasion and instead on service at acceptable frequencies.

by RandallW
Tue Dec 13, 2022 5:11 am
"Fare evasion" is one of those "broken glass" policing problems; if I recall correctly (from a 1990s New Yorker profile), the MTA didn't really manage to begin cleaning up its subways late in the last century until they began going after fare evaders.

The last few times I took the Metro (I am an occasional user as I live and work in Herndon), the sheer amount of fare evasion going on was a surprise, and it was mostly young men (white and black) and statistically those are the ones most likely to be vandals or engage in theft and violence. I don't think homeowners from suburban Virginia or Maryland would want to subsidize the Metro if they didn't feel comfortable riding it; a sense that it is clean, maintained, and safe is key to that and preventing fare evasion is an effective way to provide that sense.

by ExCon90
Tue Dec 13, 2022 8:40 pm
Dealing with "small stuff" can produce some worthwhile surprises. In New York some years ago a fare jumper was arrested, booked, and fingerprinted. His prints were not previously on file, but matched some unidentified prints from numerous apartment burglaries in the neighborhood and enabled the police to nail the burglar because he jumped a turnstile. It seems likely that fare jumpers may not be model citizens in other respects either.