by NS VIA FAN
Mon Aug 02, 2021 6:36 am
There's a Big increase in GO Train service coming on August 7 when hourly all-day service between Hamilton West Harbour and Toronto Union begins.

West Harbour is adjacent to the former Hamilton CN Station and if a platform was added along the Grimsby Sub to Niagara Falls side.....West Harbour could also be a stop for the Maple Leaf (if it's ever restored!) There is currently weekend GO Trains to Niagara and they are also planning eventual all-day train service (there's hourly GO Buses now)

Besides the new hourly service from Hamilton West Harbour Station.....GO is also reintroducing 2 trains to Toronto (dropped during Covid...now 4 in total eachway) departing from the Hamilton GO Centre (1.6 km south) This is the nicely restored former TH&B Station that once had through service to Buffalo, New York GCT, Boston, Cleveland and Pittsburgh. The GO Centre also has hourly bus service to Toronto via the QEW.

With these new trains feeding into main Lakeshore Line.....GO will now be able to offer trains every 15 min day-time on the 90 km route between Oakville – Toronto Union – Oshawa. You almost don't need a timetable anymore! Just show-up.....the most you'll wait is 15 minutes (service varies with half-hourly and hourly on weekends and evening) That would be like METRA adding 3 trains each hour to their busiest line.....BNSF to Aurora.

And it's not just the Lakeshore Line. There's service increases on the Kitchener, Barrie and Stoffville Lines. 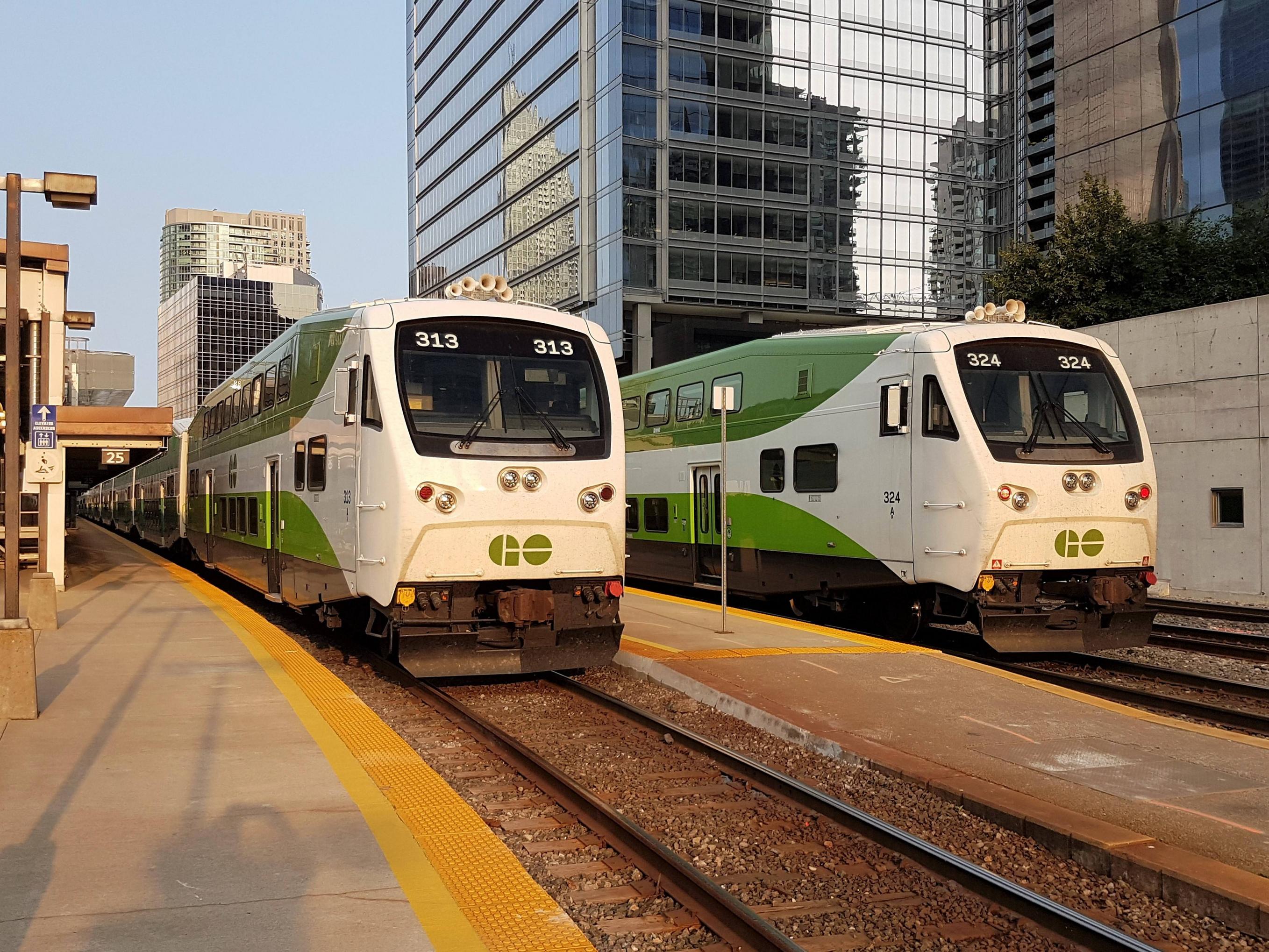 by R36 Combine Coach
Thu Sep 23, 2021 9:32 pm
15 minute service on a main trunk corridor is almost unheard of - closest would be LIRR between Penn Station
and Jamaica, with Woodside served approximately every 15-20 minutes (Forest Hills and Kew Gardens
infrequent)or NJT NYP-NWK.
Since my friend continues to chain smoke nonstop, she is probably an Alco.

by ExCon90
Fri Sep 24, 2021 9:53 pm
The PRR had 15-minute headways between Suburban Station and Bryn Mawr for many years (Paoli every 30 minutes, the Bryn Mawr turns every 30 minutes in between having 0 as the first digit of the train number), but they came off sometime after WWII, probably during an economic downturn, and didn't come back. A revival was planned at the time of the Center City Commuter Connection (R4 Bryn Mawr-Chestnut Hill West, if I remember correctly, but that depended on the Swampoodle Connection and thus was star-crossed from the beginning.)

by ExCon90
Fri Sep 24, 2021 10:06 pm
The only other possibilities I can think of would be whether the New Haven ever did something similar with short turns to Greenwich or somewhere sandwiched in between the half-hourly Stamford locals, or perhaps the IC from Randolph St. to the junction for South Chicago combined with the Matteson and Blue Island locals.