by RailMike
Mon Oct 10, 2011 11:37 pm
My father-in-law used to be in the bagel business. One store he had an interest in was the Bagel Chateau on Inman Ave. in Edison, a store which also happens to essentially abut the Lehigh line.

He told me that about 10 years ago, a train would approach on the Lehigh line in the morning and stop. The engineer would then get out of the cab, enter the store, order a bagel and coffee, then take them back to the locomotive where he would continue on his way. This occurred somewhat regularly.

The Lehigh line seems awfully busy these days (because of the ExpressRail project at Port Elizabeth?). I take it that the line wasn't quite so busy 10 years ago. Was traffic really so light back then that one could stop a train just for a bagel? That was also a long time to have the gates down on Inman Ave., unless they reset when the train stopped and assuming the railcars themselves weren't blocking the crossing. I'm reminded of an incident in Ohio in which a 3-main maintenance crew stopped at Mickey D's, but parked their M/W vehicle on the track circuit that brought down the gates at a nearby crossing; cost them $1000 in fines, perhaps the world's most expensive hamburger?

by SecaucusJunction
Tue Oct 11, 2011 12:18 pm
Trains used to stop at "CP Potter" by Inman Ave all the time because that was where the double track went to single track. Westbound trains had to hold for any Eastbounds that were coming from Bound Brook. I doubt they would just stop there on a clear signal to get a bagel, it was probably if they had no other choice. The gates would either go back up or not go down at all (I can't remember) if there was a stop signal at CP Potter.

There have been ups and downs on the Lehigh in the past 10 years. Expressrail has done very little to help any traffic on the Lehigh Line. NS has a very low percentage of port traffic out of NJ so most gains (if any) would be routed up the CSX River Line. Yes, port traffic is up from what it was back then but it is no where near the level they had hoped it would be by now. Most port containers can be found in other locations such as I-78 and the NJ Turnpike.

If we are speaking of exactly 10 years ago, NS had some bad times on the Lehigh Line right after the division of Conrail, so traffic might have been down. Ethanol and trash trains have been able to help with increasing traffic through Bound Brook (though most ethanol take the PRS if I remember correctly). If traffic on the NS part of the Lehigh is higher now than under Conrail, it probably isn't by all that much. Trenton Line traffic is probably higher than it was under Conrail.
I think it may be possible that NJ Transit might not be the perfect, infallible organization that most people assume it is.

by Passaic River Rat
Tue Oct 11, 2011 6:23 pm
Never underestimate the value of a bagel and a good cup of coffee in safe and successful railroad operations. I say this with zero sarcasm.

by southern sec. kid
Tue Oct 11, 2011 9:48 pm
On the southern Secondary the train comes once a week and they stop for dinner for about an hour or so.

by davebdawg
Thu Oct 13, 2011 11:35 pm
I don't see why not the crew would have plenty of time stopped at MP23 at where the signal used to be as the bagel shop is only about 1000 feet from there and the wait for a eastbounder was a long time so maybe they would even have time to order a pizza from the place next door to the bagel shop!! Or since the train would be starting from a dead stop by the time they would be passing by the bagel shop the train would'nt be going that fast the crewman could just jump on board and hopefully not spill the coffee or the pizza!!
http://www.rrpicturearchives.net/showPi ... ?id=326707
http://www.rrpicturearchives.net/showPi ... ?id=304345
http://www.rrpicturearchives.net/showPi ... ?id=304351
MP. 23 On The Lehigh Line!! 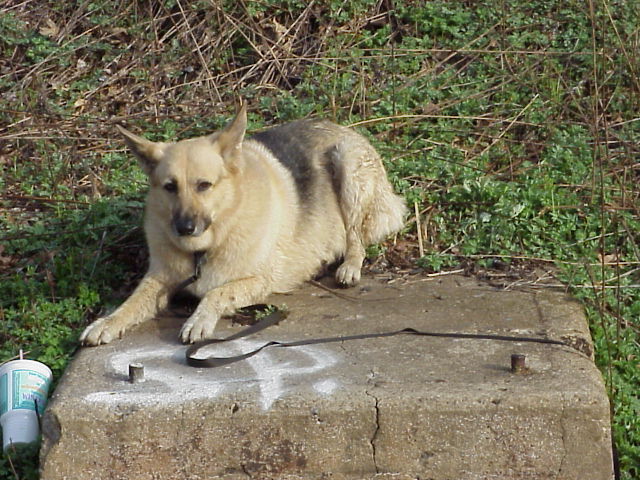 southern sec. kid wrote:On the southern Secondary the train comes once a week and they stop for dinner for about an hour or so.

This kind of information should NOT be publicized. The employers of these companies monitor boards like these and in they're already in enough paranoia for thinking a crew is "buying time". This only gives fuel to their fire and if the crew is caught they could do serious time on the street or worst case fired. If I were you and a message to anyone else reading this respect the crew's rights and please do NOT divulge this kind of info here. It once again is something to put railfans in bad light and and get themselves hated by train crews.
"There were NO side effects from the Three Mile Island accident", Gov. Dick Thornburgh March 30, 1979

by davebdawg
Sat Oct 15, 2011 1:12 pm
Aw come on Hammie, stop being such a prude, this is for something that was happening 10 years ago, and I am sure by now they installed a drive up window for the trains!!!
Or at least curb/rail service!!!
Now all they would need is a Sonic stop, YUMMM!!!
http://www.sonicdrivein.com/home.jsp;js ... sonic-prod
MP. 23 On The Lehigh Line!!

by southern sec. kid
Sat Oct 15, 2011 2:48 pm
I Only posted it because on the thread for that rail line theres over hundreds of posts by users talking about train crews stopping for their lunch/dinner.

by davebdawg
Fri Dec 09, 2011 12:09 pm
Way before bagel stops was there ever a station stop @ Potter? As there used to be passenger service on the Lehigh Line that was terminated in the early 60's. Would anyone have photos that can be posted here or a link to some old Potter pictures so we can see what it looked like way back when?
MP. 23 On The Lehigh Line!!

by carajul
Fri Dec 09, 2011 6:55 pm
Train crews used to always stop at the Bowmans Diner in Bowmanstown, PA on the CNJ. I mean they did it for 100 years. But NS put a stop to it a few years ago. I think when they would stop with a long train they would block the road xing into the cement loading place. Plus I always thought it was dangerous if kids started playing on the stopped rail cars.

I know CNJ and LV crews used to stop their all the time.

In the late 90s I was at the diner parking lot when a CR train stopped. The crew got out and one guy said "aren't they gunna be coming down" and the other guy replied "yea so let them wait".

The line isn't signaled in that direction either so maybe there is possiblity of a collision.

by davebdawg
Tue Sep 08, 2020 9:42 pm
Since Potters been double tracked for years now there hasn't been any bagel stops anymore but still some trains hold at Tingley lane crossing, I guess for the eastbounders to wait for track 1 to clear since Roselle only has 1 gauntlet track? Or is there another crossover further up before Roselle?
Any plans on adding another like in Union station?
MP. 23 On The Lehigh Line!!