CR on the Southern Secondary

Also, fyi, a flying switch maneuver is performed on a facing point switch for the crew which would not be the case on the return run for Brick Recycling. So no "flying" in this scenario. Plus...their switch is at the crest of a small grade (if they tried a flying maneuver southbound) and that would require balls of steel to attempt and complete.
http://njtwom.rrpicturearchives.net/sho ... id=2296096

Thanks for the engine number Chris. With the nicer fall weather, I've been wanting to catch the train. But do understand the railroad aspect that it runs when Conrail/the crew is ready. From a railfan perspective, it's been hard lately to judge what day I'd need to take off from work to catch it.

They left Cross Street bound for Woodhaven at 11:12 PM

Here’s what happened at Marjam. The car is way back by the bumping post and it hit some 55 gallon drums of hydraulic fluid. The car is also unable to be loaded due to all the drums there on one side. Normally it’s about 20-25 feet from the bumping post.

So how did this happen? Did Brick Recycling hit the car with something and force it to move by mistake? Did SA93 kick the car on the siding? Did the car move by itself? Very very very strange!!!!

They left Cross Street bound for Woodhaven at 11:12 PM

by Bracdude181
Fri Oct 22, 2021 2:20 pm
@R&DB after going back and looking at my footage they got it turned around in about 6-7 minutes. Regardless of how many cars it’s one of the fastest turn arounds I’ve seen.

Did you see what happened at Marjam? Somehow the centerbeam hit some 55 gallon drums of hydraulic fluid that were sitting there.

Bracdude181 wrote: ↑Fri Oct 22, 2021 2:20 pm @R&DB after going back and looking at my footage they got it turned around in about 6-7 minutes. Regardless of how many cars it’s one of the fastest turn arounds I’ve seen.

Did you see what happened at Marjam? Somehow the centerbeam hit some 55 gallon drums of hydraulic fluid that were sitting there.

6-7 min. seems about right. The Margam event was train crew caused. They either pushed the car too far or neglected to set the brake.
Harry

by Bracdude181
Fri Oct 22, 2021 11:04 pm
@R&DB It certainly seems that way. I’m fairly certain that both tracks in there are flat if they don’t have a barely noticeable grade. Maybe I can go back and look on Sunday before me and a friend of mine head up to Port Reading. Hoping to see 1712 again lol.

by Bracdude181
Wed Oct 27, 2021 12:32 pm
I have been told that we can expect SA31 to return to its regularly scheduled Thursday runs starting tomorrow. From what I’ve heard, SA-3s crew took a long vacation so SA31s regular crew members had to do their work for a while, hence each week having the train run at different times with different crews on different days each time.

Provided this heads up is accurate, I believe we can expect SA31 to call in to Coast Line between 2-3 PM tomorrow, getting into Red Bank between 3:30-4:45, followed up by a 5-6 PM arrival in Farmingdale, leaving for Lakewood two hours later. This is typically how the train runs with these two crew members.

As for the return runs, I don’t know. The return runs have been at complete random as of late. I’ve heard that North Jersey Conrail has (surprisingly!) been hiring and training lots of new crews recently, but training all of them to Engineer and Conductor statuses will take a while. Maybe a few months?

Not sure where you get your information, but please stop speculating everything…I think I can speak for quite a few of us on here….thanks.

I think the crew deserves privacy, rather than having everything “blasted” on here….have some respect for them. Maybe then they’ll respect you too.

by Bracdude181
Wed Oct 27, 2021 2:21 pm
@trainfann101 How am I not respecting their privacy? Not once have I used the first, middle, last name, or initials of anyone I have ever spoken about on any public forum. (Unless their real name is in or is their screen name) I do not speak about what crews do when they are on break, or what they do in the engine, private conversations, etc. I don’t come on here and encourage people to go and bother the crew while they do whatever it is they do while on break or whatever they may be doing. When I post what the train usually does or what it’s doing on any given day, it is for one reason and one reason only. To inform people of where the train is so that they can go see it and take part in the railfanning hobby. I have personally thanked by people both on and outside the internet for providing information of trains location. For some of us, this line is only option available for going out and actually seeing a real train in operation. So how are they supposed to enjoy it if they don’t know where it is? Very few people have the patience and dedication to sit at a crossing for hours on end waiting for a train they aren’t even sure is coming. I fail to see how reporting the trains location or how the train typically runs is in any way violating the privacy of any train crew. Especially when I am only saying where the train usually shows up at a given point. Plus I’m not the only one who reports on this train. Are the others who do it violating their privacy too?

And before you say management will come on here and use anything we say about crews to get them in trouble, they have far better ways of finding out about anything the crew does than reading posts on what we talk about here. Management belittling crews and employees alike is an industry-wide problem. I know I have been particularly outspoken against Conrail in this regard, but they are far from being the only ones guilty of it.

by RailsEast
Wed Oct 27, 2021 4:55 pm
I frequently wonder, as a railfan and also a railroad volunteer, about what I would think if a railroad employee came to my job and reported and/or opined on my behavior/efficiency/length of meal break. My decision is that I probably wouldn't like it much, it would be like being under a microscope every day.

RailsEast wrote: ↑Wed Oct 27, 2021 4:55 pm I frequently wonder, as a railfan and also a railroad volunteer, about what I would think if a railroad employee came to my job and reported and/or opined on my behavior/efficiency/length of meal break. My decision is that I probably wouldn't like it much, it would be like being under a microscope every day.

I think most visiting this page have never had the experiance of having a GPS and Cam on them 24/7 at work.
Being told that you backed up 4 times today and are only aloud 3! Driving a tanker truck and getting called you only have two valves open( yes they can tell when you open the valves). Only today the meter guy replacing the meter took pictures with his own camera, showing the old meter the new meter his wiring the wireless test to show it will be recieved outside. Then his cleaned area where he worked. People are walking on eggshells! Why you ask because of all the Ken's and Karen's out in the public timing the Mailman's 30 minute lunch break. Becuse they want there mail earlier!
Reporting that the train left Farmingdale and hasn't shown up at the next crossing for two hours... throws the crew under the bus. Maybe they broke down? But publicly stating it takes 10 minutes and there just woods what could they be doing... just plain sucks!
If you had a job or have a job where you ask "do you want fries with that order" you just don't get it!
steve 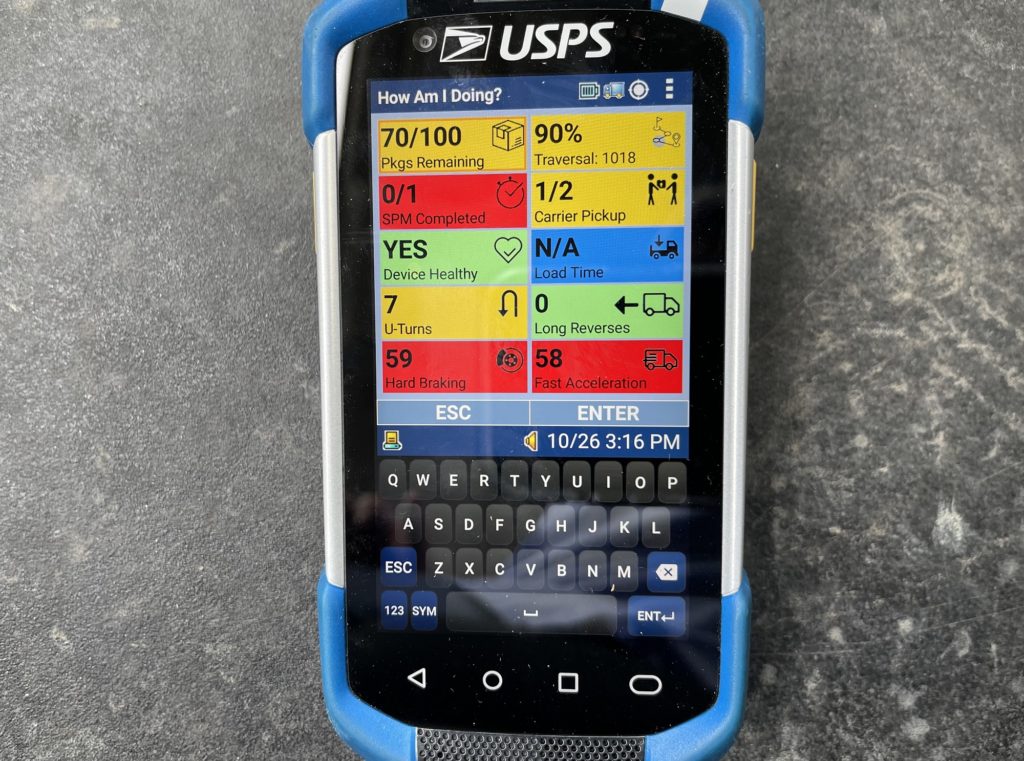 by Bracdude181
Wed Oct 27, 2021 7:04 pm
@RailsEast Can’t say I’ve had something like that happen to me. I volunteered at the Pine Creek Railroad from September 2018 to March 2020. 90 percent of the guest questions were recycled. “Say, what’s the deal with this or that” or “Hey, where’s that from and what’s it for?” Very rarely did we actually get visitors who were involved in Railroading in one way or another, and whenever they did we just ended up talking about trains the way they were in the 1940s lol.

Thinking about going back once the mask mandate is lifted, but when that happens I might not have enough time to do it anymore. Life is going differently than I thought it would.

@Tanker1497 I have not worked in a job where you are under 24/7 surveillance, but have seen what it’s like to a very certain extent. Mainly school bus drivers. Cameras front and back, GPS speed monitoring, etc.

Depends on the company but they did get on those drivers backs sometimes and often for stupid reasons! Especially if you were late for any reason that wasn’t related to mechanical issues. Didn’t matter what it was. One company in particular heavily frowned upon stopping for gas when there was kids on board. Not sure what sort of discipline they dished out, but when the bus driver who dropped you off was in a good mood in the morning and wasn’t too happy during afternoon pick up, chances are boss man got on him about doing 36 in a 35 again!