Caboose in back yard in Retsof

BR&P wrote: ↑Mon Oct 25, 2021 8:55 pm After almost 7 years, I've got to poke this thread back to life. I am told there is discussion of G&W cabooses on Facebook and there was some question about the 4-wheelers which this thread may clarify.

HOWEVER, it appears that over time, one of the images has been replaced with a pic of a toy loco, which has no relevance to the caboose. I have no beef with whoever owns the pics, but to avoid confusing anybody who is digging, let's note that pic has been changed. Can anybody re-post the one that was on here before?

Yeah, I am aware that the photos got messed up. it wasnt my fault!

Once upon a time, I was a member of a G-scale forum called mylargescale.com ("large scale" means "G scale). It was a one-man owned site, 2000 to 2010 timeframe. He offered some web hosting to members. All of my webpages lived there for many years. Then, he sold the site to verticalscope, who now owns pretty much all hobby forums of that kind. Vertical scope messed it up. They deleted everyones photos, then attempted to restore them, but restored them wrong.. which messed up the photos for dozens of forum members. I started moving all of my webpages off of mylargescale years ago, but havent had a chance to get to all of them yet.

So, thats why a few of my pages still have messed up photos. I can no longer edit or upload changes to that space, the only fix is to move the entire page to a new host, which im slowly working on.

I'm not sure exactly which photo we are talking about.. if anyone can describe it, I can probably find it and re-upload it to this thread. I do have all my pages and photos backed up.

If you are able to find and re-post it, that would be great.

On Monday, the better half and I took an 80 mile cruise in the Corvette, enjoying fall scenery and sunshine. It was only that evening when looking at the forum that I realized we were about a mile away from the last known location and could have driven by to verify. Flies on me!

GNWR #7 caboose.JPG
You do not have the required permissions to view the files attached to this post. 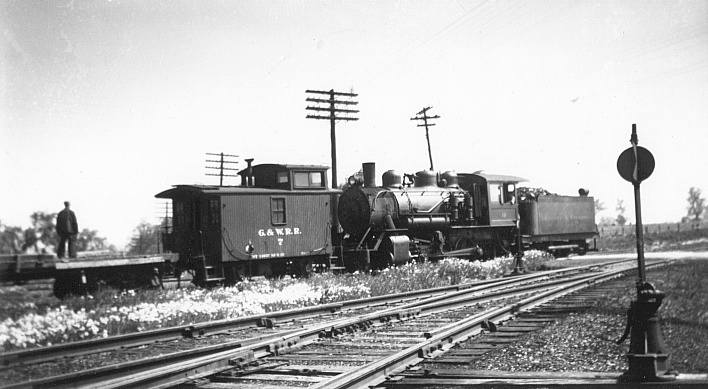 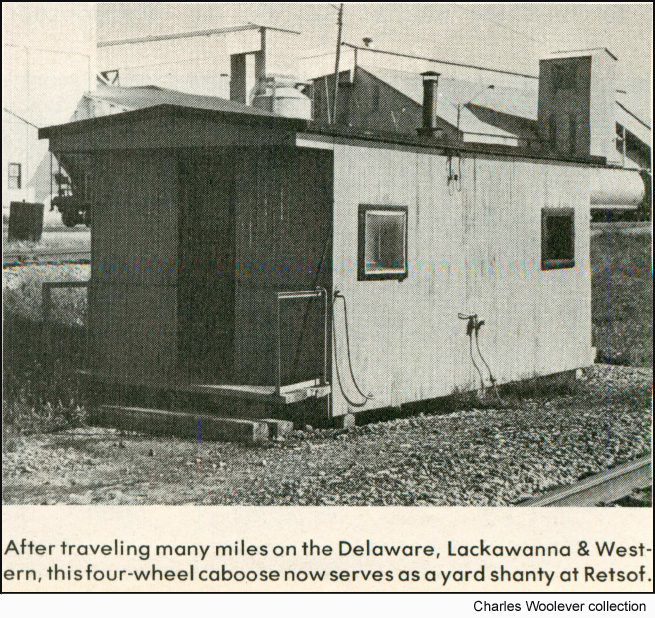 by BR&P
Fri Nov 05, 2021 7:27 pm
Let me add one more pic to enable a clearer understanding. This is a scan of an 8x10 of a BR&P 4-wheeler, given to me by the late Bob Maybee. Bob was a B&O clerk and an avid and knowledgeable BR&P fan. This pic also appears on page 71 of Dwight Jones' fine book "Encyclopedia of B&O Cabooses Volume 6" also credited to Bob Maybee. I'll post up the pic and then add discussion below.

PROBLEM WITH IMAGE - I had to scan this sideways. Even tho I rotated it in my file, this pic seems to come out 90 degrees off. Clicking on the image straightens it out correctly. ?!?

by BR&P
Fri Nov 05, 2021 7:50 pm
OK, let's look at these. Obviously the cupola has been removed, and obviously the body of the car was modified over the years. What we see ain't what it was!

I think the color pic of the caboose in somebody's back yard which Ken posted October 26th is the same thing that Scot posted in the second pic on November 5th, taken at Retsof. There are two things which suggest to me that this car was the BR&P caboose which became G&W 6.

First is that it has 2 windows per side, like the BR&P cab I posted just above. Windows CAN be added and covered over but they are generally the same on those cars. The DL&W caboose had 1 per side.

The second is more telling to me. Look at the side grab rails on the 2 DL&W cabooses Scot shows - G&W 7 and G&W 8 behind it. On both those cars, that curved grab iron is a smooth arc. Now compare that rail on the Retsof shed with the BR&P caboose #41 just above. Overall length of both is similar, shorter than the DL&W and with a more pronounced bend at the apex. I can't see any reason why they would have taken a handrail from one to put on the other (unless one was retired and the other got cornered.)

One thing that raises a question is the location of the smoke jack on the shed. It does appear to be located in about where the DL&W cab had it rather than where the BR&P 41's is located. It's possible that either during its service, or when used as a shed, a stove was relocated closer to the center of the car from the end. Pure speculation.

I'd love to get overall measurements of the body as it is today, assuming it's still in existence. There are blueprints of the BR&P cabooses, and hopefully a DL&W source has theirs. IF the two types were originally different lengths, that could tell the story.

For my money, I THINK the backyard shed is the former BR&P 11, G&W 6, but I'm sure willing to listen to reasons to the contrary.