Username
kitn1mcc
Posts
1011
Joined
Wed Oct 11, 2006 11:09 pm
Location
Old Lyme CT
by DutchRailnut
Thu Mar 27, 2008 9:25 pm
Thats not a plow, its a trespasser removal devise, can also be used to move personal automobiles.
If Conductors are in charge, why are they promoted to be Engineer???

kitn1mcc wrote:this is clean most of them are very grungy

Show me grungy, then. 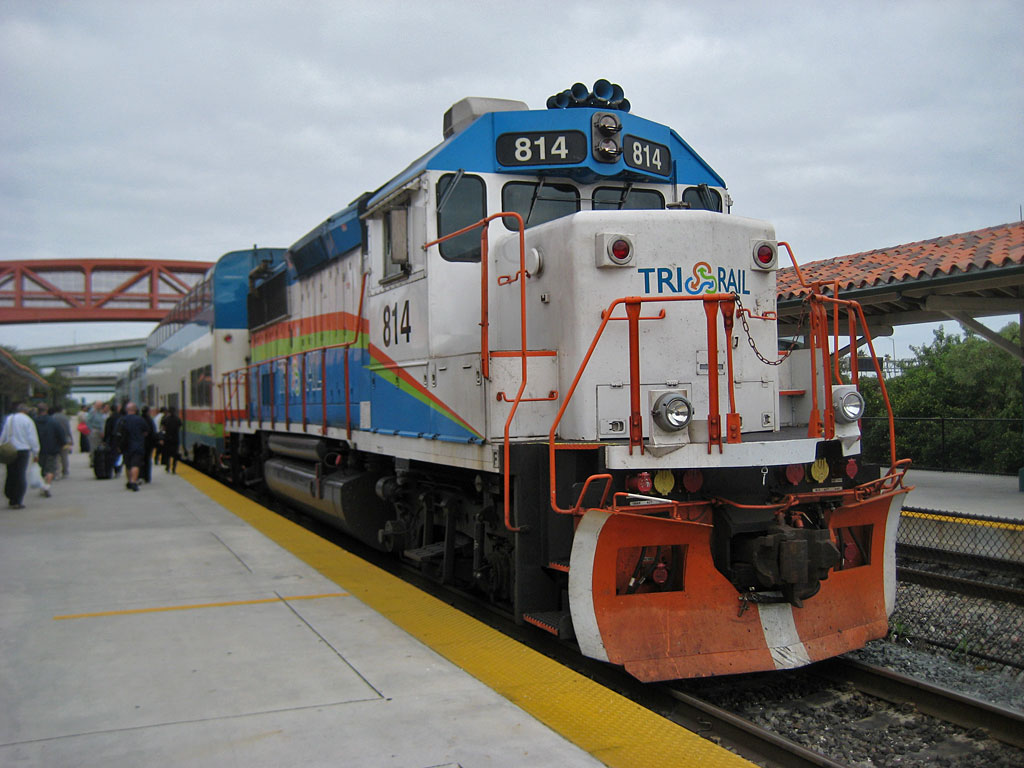 by Kurt-Trirail
Fri Dec 26, 2008 3:35 pm
EDIT: Penn Central - that's the first time I've seen one of the DMU coaches paired with the Bombardier equipment. Do you have any other photos of this consist?

#814's damage, if I recall correctly, was a result of the January 9th (2008) grade crossing collision with scofflaw motorist Arthur Brauer. The entire front pilot/steps were bent rearwards from the impact:

As luck would have it, the grabrail was right in front of the bend, but one should be able to make out the crease in the stepwell frame (just above the lower grabrail fixing bolt). Kurt-Trirail wrote:EDIT: Penn Central - that's the first time I've seen one of the DMU coaches paired with the Bombardier equipment. Do you have any other photos of this consist?

Kurt: Noel and I were riding train P665 on 12/20 from Ft. Lauderdale to MetroRail Transfer with this consist, so I only have two photos. Here's the second one with the GP49 and DMU coach at Metro-Rail Transfer (running late, as you can see from the clock). 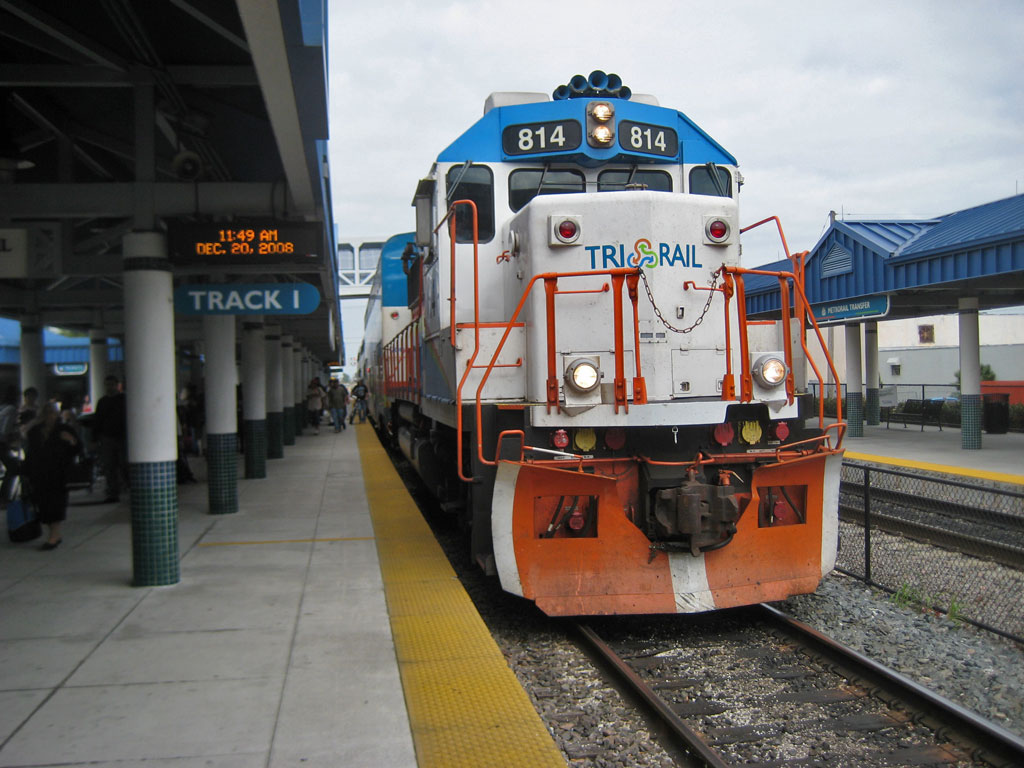 by Kurt-Trirail
Wed Dec 31, 2008 1:02 am
Interesting. I found a YouTube clip of a similar consist, but equipped with a single Bombardier CC and the DMU trailer.

EDIT: I see #814 has additional plow damage to the photos I took a while ago.

Incidentally - #810 is presently wearing a plow from a GP49. I assume they made use of the double plows left over and finished them to match the TRCX orange scheme as spares.

That said, was #810 involved in an accident recently? Must have been pretty bad to wreck the original AMTK plow beyond repair.