by perfbill
Mon Nov 28, 2022 12:52 pm
I have just found out that the Ashburn North garage is run by a different entity than Metro. So, for those of you planning on taking trains from Ashburn, go to the South garage instead. (And now, it will fill much more quickly, making this disconnect of proprietorship that much more inconvenient!) 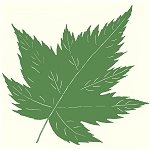 by JDC
Tue Nov 29, 2022 8:51 pm
The Ashburn North garage is of course touted as being part of the new station, but I believe it was built by the developer of the large mixed use project that is going in north of the station. Right now there are still large surface lots but eventually those will be built on so they needed a large garage for people coming to the mixed-use center as well as for Metro riders. And that's the reason they did not locate the garage right next to the station but instead closer to the development. As for the South entrance it does seem bizarre that they located the parking garage so far away from the entrance to the station. As a terminus, and one located in a county where you expect most people to arrive by car and not by bus, you would think they would have put the garage closer and that there would have been covered walkway between the garage and station.
Living in Broadlands, VA; Working at Half & L SE, DC.

by RandallW
Wed Nov 30, 2022 5:42 am
It looks like the area around the Ashburn station is primed for development (and would be undergoing massive development if it weren't for the COVID pandemic). If I understand correctly, historically businesses that a person must walk by in a modal shift (i.e., from train to bus or from train to parking) do get significant walk-in business. It looks like the north lot is prepared for that possibility.

The south lot is only prepared to force awareness of local bus options (by making drivers walk past the bus stands), which I would argue is smart on WMATA's part--drivers can't avoid being exposed to the busses.

by Sand Box John
Sat Dec 10, 2022 9:42 am
The garages at Herndon, Innovation Center, Loudoun Gateway and the south garage at Ashburn are county owned garages. The north garage at Ashburn is owned by Comstock Partners and has been opened for use for more the 2 years.

WMATA's web site states SmarTrip can be used to pay the parking fee at the county owned garages.

My take on the new stations. Like Bill Edwards, to me they are also meh. With the exception of the airport station they are copies or mirror images of each other. The distinct differences between phase I stations and the phase II stations is the location of the restrooms. The phase I stations have their restrooms in the free area of the station adjacent to the fare media vendors. The phase II station have them adjacent to the station managers kiosk in the paid area on the mezzanine.

The airport station totally unique. It bears no resemblance to any of the other station served exclusively by the Silver line and for that matter any other station in the system. The large vertical space of the airport mezzanine could be seen as a what's to come for a first time visitor using the Metrorail system.
John in the sand box of Maryland's eastern shore.

by JDC
Tue Jan 31, 2023 6:00 am
Having ridden the line a few times now, I can say that it's incredibly smooth. I was also surprised at how smooth the orange line is between EFC and Rosslyn. I road the Yellow from Lenfant to Eisenhower many, many times and there were some incredibly rough spots along that segment. Oh, and I always chuckle at how the brand new silver stations have the old fashioned PIDs. I wonder if Metro will bother replacing them or just wait for when the stations are old enough to require a rehab.
Living in Broadlands, VA; Working at Half & L SE, DC.