Umm - Is this a joke or not ? I wouldn't want to see RRN modelers waste their money on a formula that didn't exist. In spite of the large amount of paint, it's just a 40:1 ratio, easily mixed with 20.5 ounces of paint.
~Paul Joyce~
Moderator: Toy Trains, Model Railroading, Outdoor and Live Steam
Paul Joyce passed away in August, 2013. We honor his memory and his devotion at railroad.net.

by 3rdrail
Sun Nov 25, 2012 7:43 pm
I don't think so, Charlie. Either the color's name is an inside joke or there actually is a small amount of green in it. I tend to think the latter as Brunswick Green does show green highlights in certain light. If so, it's a very interesting formula and it would be interesting to know what the paint specifier was going for when he came up with whatever formula it is. Sometimes, colors are just formulated by accident. Somebody at the MBTA wrote up a large "traction orange" formula order to Dupont years ago specifying an incorrect formula. What they got was "tangerine", which the T wasn't going to throw away (they had tons of the stuff). The "orange" became "tangerine" that day, a darker, deeper orange. I suppose it is possible that an amount of green was mis-labelled black, got in the mix, and "Brunswick Green" was born !
~Paul Joyce~
Moderator: Toy Trains, Model Railroading, Outdoor and Live Steam
Paul Joyce passed away in August, 2013. We honor his memory and his devotion at railroad.net.

by charlie6017
Sun Nov 25, 2012 9:22 pm
Yeah, I couldn't say for sure as I haven't been close enough to anything painted "Brunswick Green" to make
my own actual judgement. I have only read other people's accounts.

As far as the paint formula, I did a basic search for "brunswick green paint formula" and didn't really find
much of anything. But I would have to think the 10 gallons/black and 1 quart of green wouldn't make a huge
difference.

The Land of Enchantment is not Flyover country!

by scottychaos
Sun Nov 25, 2012 10:54 pm
Brunswick Green is a lot more green than the myths would lead us to believe!

I think the old chestnuts like "10 gallons of black and 1 quart of green" are simply made up "jokes"
that are just meant to say "wow..that's a really really dark green!"..None of them (probably a hundred variations of the theme)
were ever meant to be the "actual formula"..I have even heard "a gallon of black, and one drop of green"..
obviously a drop of green in a gallon, and a quart in 40 gallons, wouldn't "show" at all..

I dont know what the true formula is, but if it was just a mix of green and black, it would be more like 25% green to 75% black..
and its not that simple either, because there a lot of different kinds of green!

you need the *correct shade* of green to mix with the black..it cant be just any old green.. 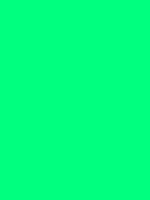 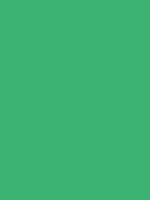 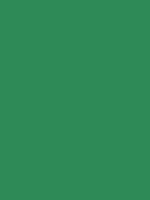 you get the idea..

But with "PRR Brunswick Green"..whatever the actual formula is, the green is really there..it's quite visible when compared to "true black"..
the example of the two repainted GG1's shows it off nicely..
compare the black pilot of 4877 with the green body:

Its a definite green, quite obvious when its clean and fresh..which is how we could be so certain (earlier in this thread)
that PC diesels were black, not Brunswick Green..because the green is quite visible on many PRR locomotives,
but it was never seen on PC locos.