So my questions are:

A-1) Based on 18's work, I'd suspect, barring any additional work found through the ultrasound, #14 would require 500k for restoration:

I. A new shop: Even if the work was done while 18 was left outside during the summer, eventually they would need a place for 18 while 14 remained in 18's bay. I still think the best thing is to move all the tools and such from the shop to a boxcar, and toss a lit fusee into the shop.. it would be gone and out of the way before a call could even be placed to the fire dept. A new steel structure could be built to the exact requirements of the railroad today, including smaller bays for the MoW equip. as well as a restoration bay for working on the cars.

II. No14 is but a scrap heap at the moment. Assume the work on her could be done for 250 like No.18. You then need to factor in also the superheater header and pipes... another 10-15k. Also, many parts for 14 were scrounged away to keep 18 running. Both air pumps are missing (the most obvious detail I know of). She also has a power reverser, which would require more work as well.

III. While working to restore 14, someone also needs to maintain #18. This will mean either a) the restoration takes longer, causing a price increase through inflation b) hire more people.

IV. The tender. This is is the biggie. Either way, a new tender needs to be built, or purchased and modified. Come to think of it, there is a cute little ex-RDG one that would work great behind 18 in Temple, PA.


2) Where is something like that actually done. I know A&A has the shops to maintain it's equipment within reason, but I'm certain that this would be the type of thing an engine would need to go out for. Would a place like Steamtown or Strasburg be used for a rebuild of that nature?

A-2) As was the case with 18, much of the boiler work could be done in the A&A shops. There were issues with the way 18's restoration was handled, but this isn't the place to air that. The biggest thing would be the reconstruction of two air compressors for 14.


3) Has anything happened recently to bring up the prospect of more freight business on the line? Last I heard it was just the feed mill, but that something might be in the works in another way.

A-3) None that has been made public.


4) If by some amazing act of the rail gods the necessary funding suddenly came about, would it be worth having two operating engines? I mean, it seems like it would probably be an OK idea if there were enough passenger cars to pull a couple trains each day.

Other than for the uber-rail fans, no. There is no good reason why the A&A should expend funds to have two operating engines concurrently. Now, if business picks up drastically, that could change, but at this time, its bad enough they are advertising one run with steam and one run with diesel per day. Again, there are issues with this, but this isn't the place to air those either.


5) Are there enough crew men left who could successfully operate two steam engines side by side.

See above... since it ain't smart to run them simultaneously, a second crew isn't needed. However, like any skill, new people could be trained if the business warranted it. And between you and me... if what I've seen first hand and in videos is any indication, I'd say the current crew (firemen anyways) could use a term or two in those old learn-at-home courses on how to fire a steam engine.


I know, a lot of questions, but I guess I'm just curious in case, you know, I ever suddenly win the lottery or become some ridiculously successful business man that could leave motor yachts as tips for the pizza guy.

by Benjamin Maggi
Thu Apr 19, 2012 7:46 am
With the 50th Anniversary of Steam Passenger excursion trains (1962-2012) on the A&A, is #14 going to be involved in any way? Even if it is just pulling it out so pictures could be taken or something.
Benjamin L. Maggi
A&A Railroad Forum Moderator

Also, was talking with Brad and he made mention of possibly pulling #14 out a few times this year so people could see it. It would be nice if that actually ended up happening so people could have a chance to see #14 out in the sunlight again.

by Benjamin Maggi
Wed Jun 18, 2014 12:47 pm
I believe that #14 has to come out of the enginehouse by necessity whenever they need the drop pit, as it is currently only available in the stall where #18 is stored.
Benjamin L. Maggi
A&A Railroad Forum Moderator

thestrasburg90 wrote:I have a few photos of #14 on all angles from when I visited this spring. Will post them if I can find them.

Also, was talking with Brad and he made mention of possibly pulling #14 out a few times this year so people could see it. It would be nice if that actually ended up happening so people could have a chance to see #14 out in the sunlight again.

#14 has been pulled out a few times in the past few years.

During the Railfan Weekends...

by thestrasburg90
Wed May 27, 2015 9:57 pm
Well, the good news is that she hasn't deteriorated at all over the winter. #14 is still tucked away in her stall in Arcade, awaiting the day where she gets trucked out for a complete restoration.

Some things I learned about her restoration:

-Strasburg quoted anywhere from $1 million to $8 million a few years ago
Why such a range?
The A&A can ask for it to be returned to "operational" condition, or "factory new" condition (the latter being more expensive). The other reason? Time. If the A&A wants it done in 2 years, Strasburg will have to move around lower projects and will therefore place a high premium on the project. If the A&A allows it to stay in Strasburg for let's say ten years, the price will be a lot lower. Really, it just comes down to money (doesn't it always?), and what Arcade is willing to pay. Strasburg can absolutely rebuild the locomotive; everything down to complete boiler replacement can be completed. #14 was offered to Strasburg as a running locomotive for a few years after they restored it to help cover the costs (very much like they're doing with LIRR #39), but Strasburg wasn't interested in operating another locomotive of that size.

-It may be hard to believe, but #14 is in a great spot
When issuing a quote for the restoration, Strasburg asked "Where is it stored?" As it turns out, locomotives that are kept outside are terrible candidates for restoration based on one major factor: moisture. Since #14 is kept inside a wood engine house, all of that wood absorbs the moisture and keeps the locomotive dry, thus preventing problems with moisture.

-Arcade & Attica is SO close to receiving much-needed state grants
The A&A applied for a $2 million state grant a few years back. Unfortunately, the first five candidates were awarded the grant, and the A&A were 6th (based on previous management and poor handling of grants). However, with the combination of new, better management in the past few years with increasing ridership, the A&A can show New York State that it will be money well-spent.

And, for all of you photo-junkies out there... 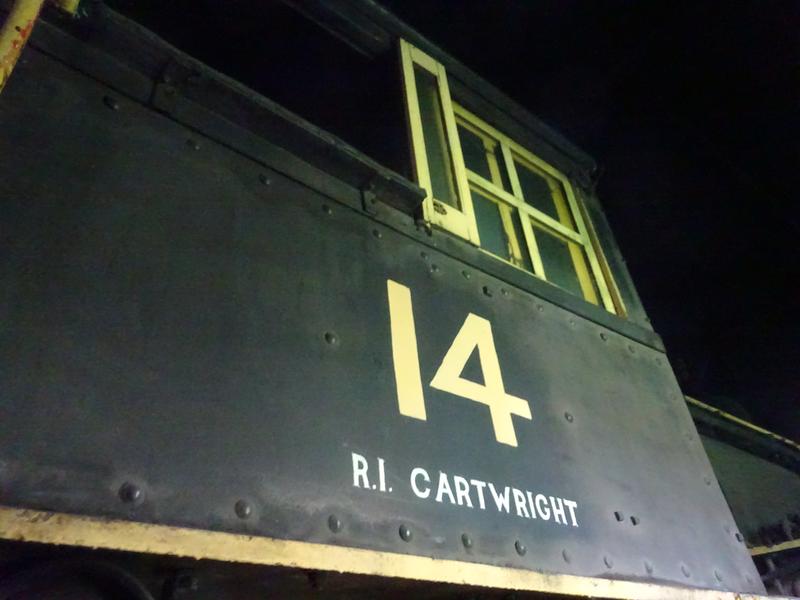 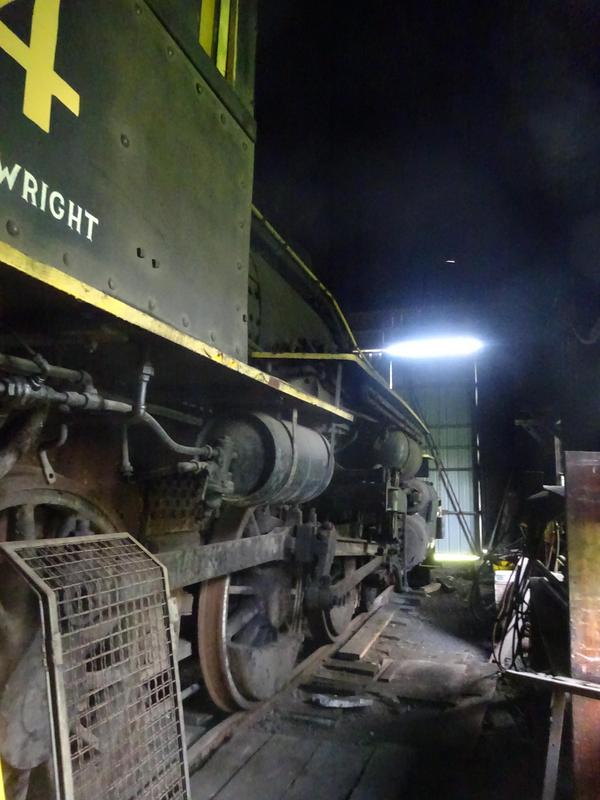 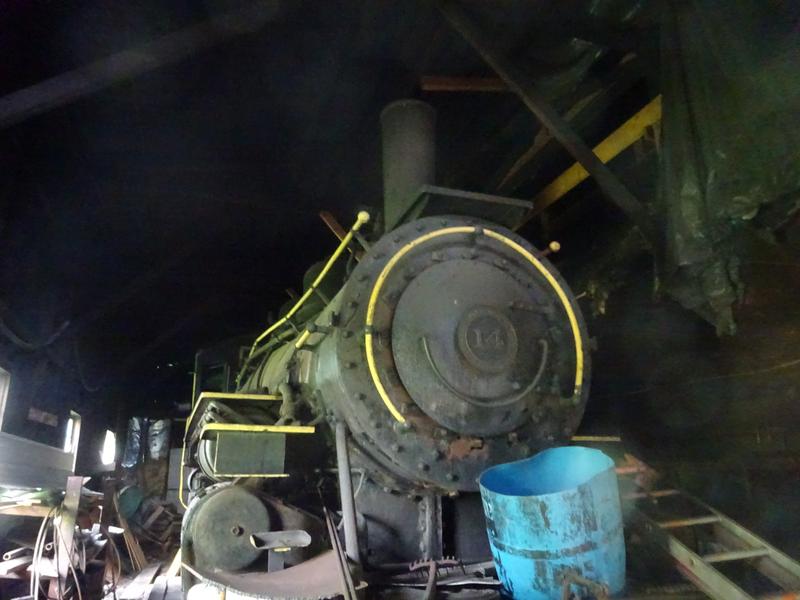 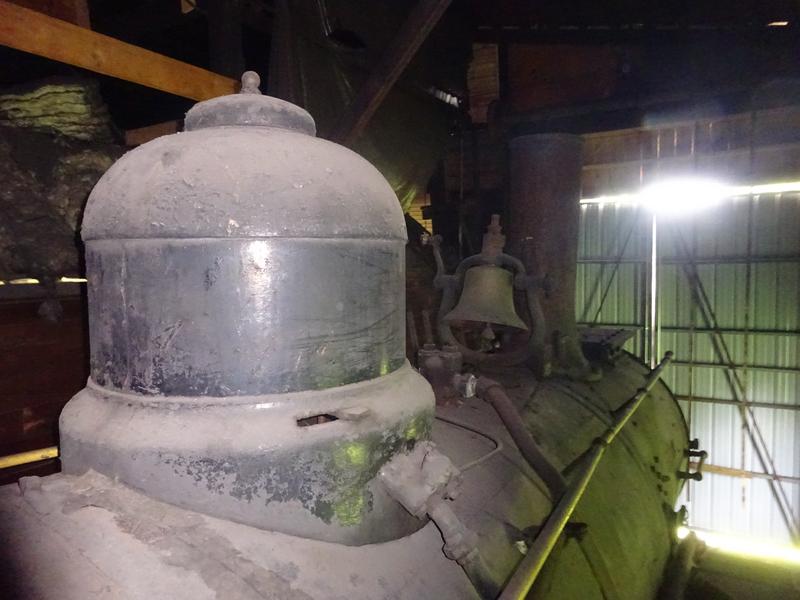 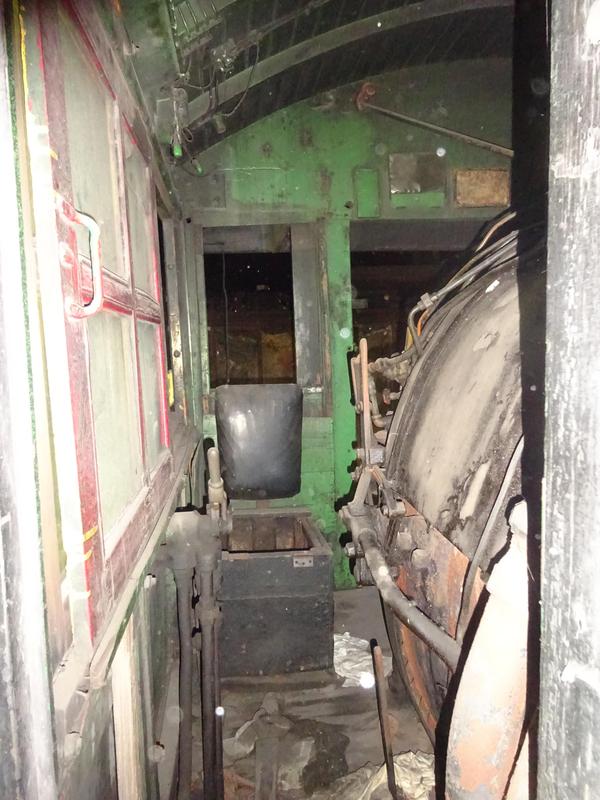 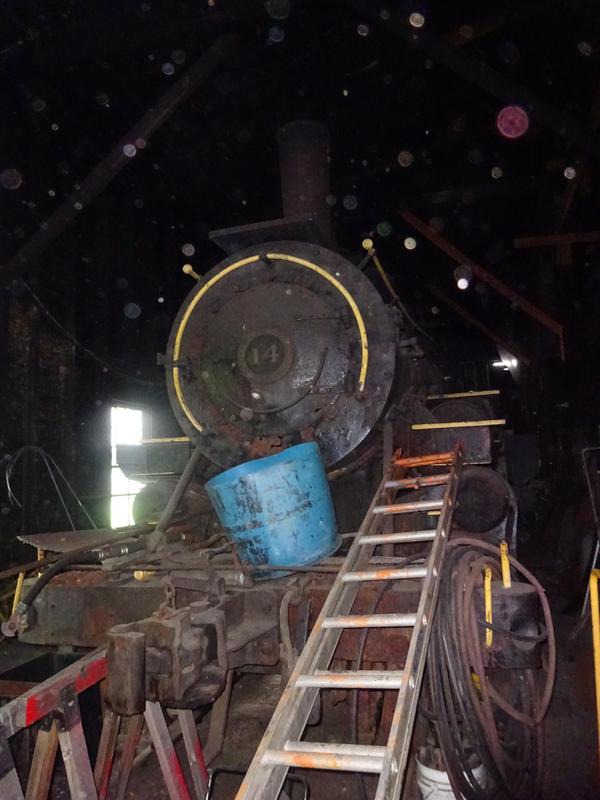 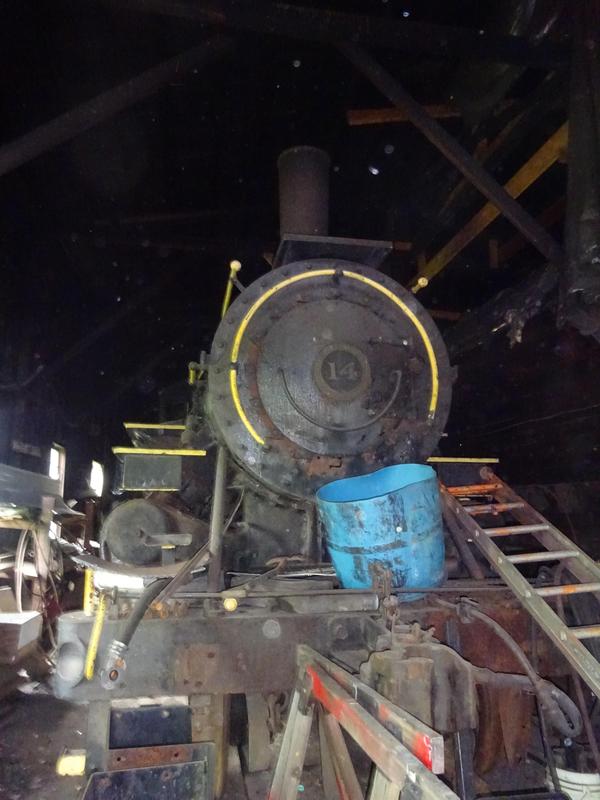 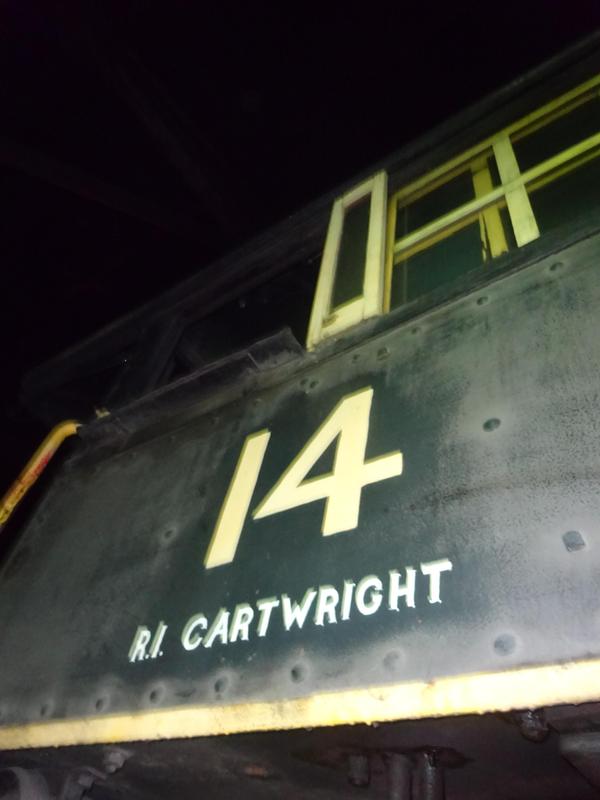 Hope you found this informative!

by khojnacki
Tue Jun 02, 2015 10:35 pm
Sad to see the old girl this way. What's missing from the engineer's side cab interior is the wire milk crate Manley used to give pretty girls a ride on the way back from Curriers. He would dip into his bibs and pull out the Copenhagen can, open it up and offer a dip to the young lady. Only one tried it and she immediately spit it out the window. Manley just got his infamous Cheshire cat grin all the way back.
Ken 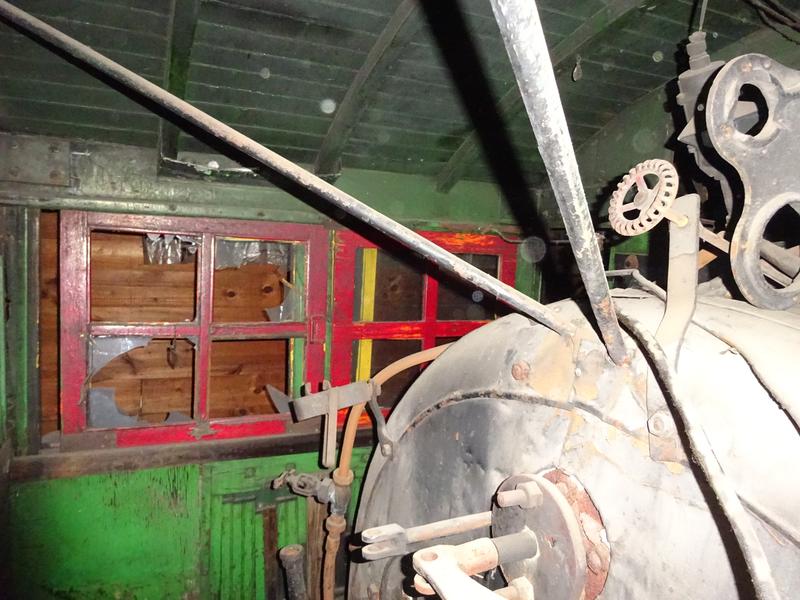 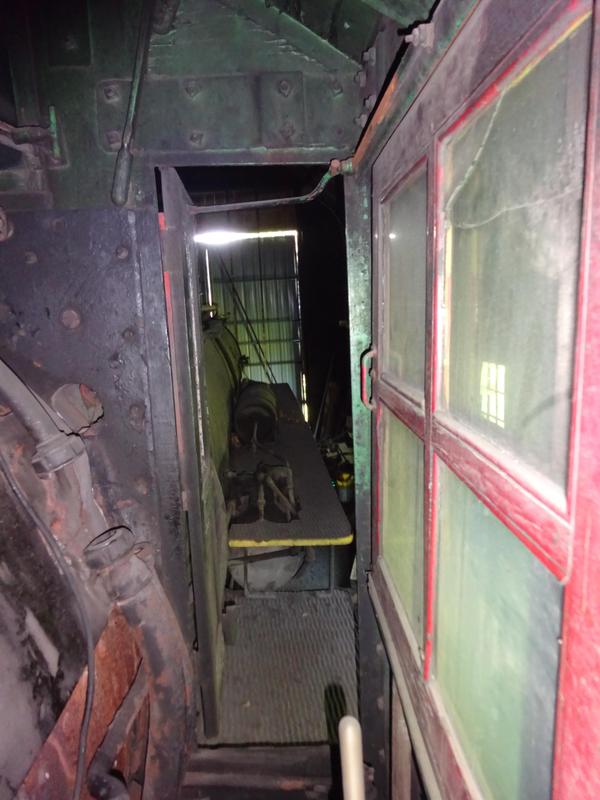 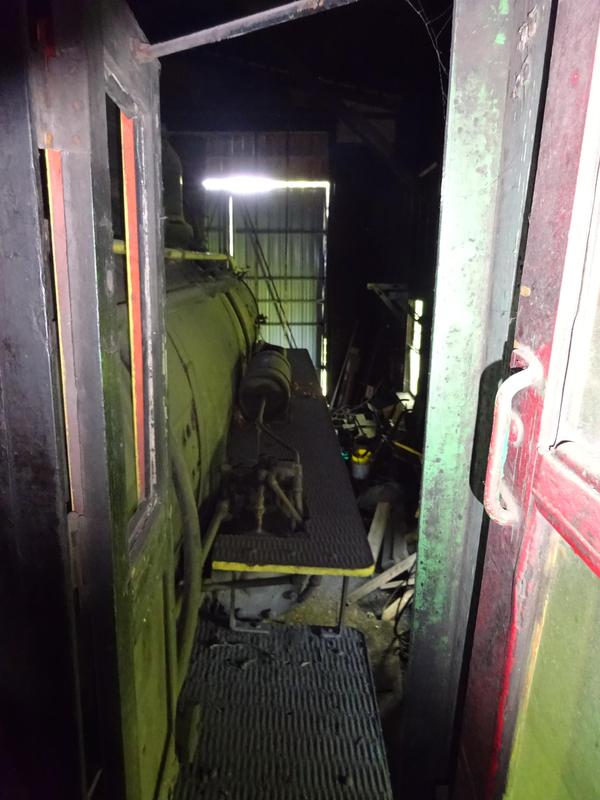 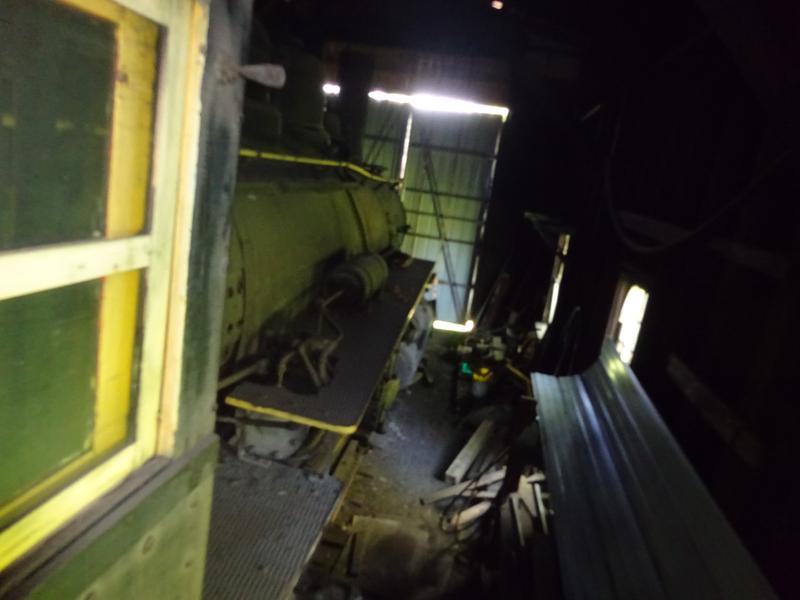