I'm currently a research engineer developing safety systems. Right now I work on autonomous cars but I research a lot of areas. One pending patent I have is for a type of safety netting designed for transit systems. The idea is to use a simple, retrofittable netting kit that would prevent death, (though not necessarily injury), from people falling on tracks ahead of trains. The target would be to try and reduce deaths on transit systems that might be cost-strapped or unable to do things like platform-edge doors.

The reason I'm reaching out to all you guys is that I'm an automotive engineer, I've got no experience or contacts in rail, and there still is a lot of research I need to do; from ascertaining if anyone would even want this, to figuring out if there is even a way to fit it on current equipment without having clearence problems. So I thought I'd ping the community for wisdom!

What do you guys think, and where would you suggest I go to to try and get more industry information, is the FRA a useful place to go? What about transit agencies or safety nonprofits? Any help the community could give to point me in a right direction would be great for an outsider like me!
You do not have the required permissions to view the files attached to this post. 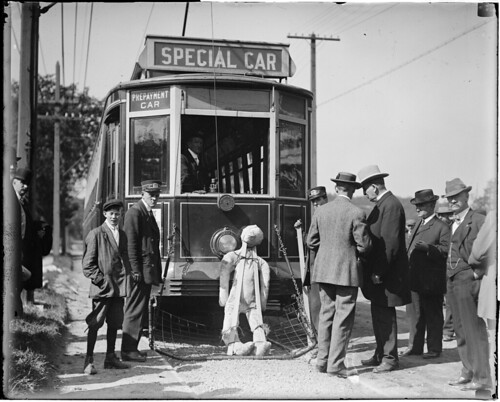 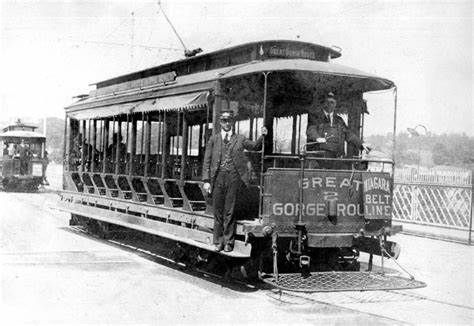 They fell out of use in the early 1920s or so simply because they were not particularly effective. Getting struck by anything at more than walking speed is a "either you're dead, or you wish you were" thing, net or no net.

by MattW
Thu Dec 17, 2020 10:42 am
I don't think they would be more cost effective than platform screen doors. Even a fairly modest system like Atlanta's MARTA has over 300 cars, or 150 married pairs which requires two installations per pair. Then you have to maintain all of them, and if they're considered a safety device, probably test them prior to start of service each day.

by mtuandrew
Thu Dec 17, 2020 4:11 pm
As said above, cowcatchers and basket-style pedestrian guards would only keep pedestrians from going under the car; important for maintenance, but not really effective above 10 mph. A net with variable compression rates (like modern airbags) might help more, preventing serious injury at 10 mph and saving lives up to maybe 30 mph?

I misunderstood the idea as platform nets, not car nets, but I think platform netting may be quite effective. Simply put, if someone falls off a platform when a train isn’t present, a net is ejected at a 45° angle up and away from the platform edge, the person or object is caught by the net, then within milliseconds the net is pulled back toward the platform by cables attached about 6’ behind and above the platform edge.
Moderator: General Discussion: Passenger Rail,
DC-MD-VA Passenger Rail and Amtrak

by cododd
Thu Dec 17, 2020 5:37 pm
Thanks for all the great feedback guys! Yes in fact I researched the old streetcar safety net systems, there are several patents from the 1911-1915 era that describe safety net systems. From various internal reports from later in the century, it was more the impracticality and unreliability of these systems more than their lack of effectiveness that caused them to fall out of use. They simply took up too much real estate on the front of the car, and when going to raised platform trains it was estimated that the number of suicides or falls would be dramatically lower than it currently is.

Now here's the interesting part, in the automotive industry we have a very good understanding of just how much padding it takes to make a ~30mph impact survivable, turns out it isn't much as long as you can allow for some injury and we have advanced materials now like collapsable aerogel pads that make impacts much more survivable now than they were in the day. Now why would trains not put this padding on the front? Because obviously falling underneath the train is a death sentence anyway. But what if it weren't? If falling in front of the train itself could be made survivable by netting, then now you have a reason to put padding on the front of the car to reduce the impact. The math works out that when you combine the two, you have minimized g-forces enough to make such an event survivable! Maybe not for everyone, but just reducing the fatality rate is a victory in my book.

This is where platform screens come into play, I used to live in Shanghai which has them on many stations and the work beautifully, however there are some important operational limitations. 1. You need semi-automated stopping technology, to allow the trains to line up with the doors (expensive). 2.They get fouled up on outdoor stations and require constant cleaning to keep from getting stuck, (expensive). 3. and this is the big one you need all your trains to have the exact same door spacing. For the MTA which runs many different models of railcars with different door spacings, there's no way to make them all line up! Japan has experimented with flexible nets instead of doors to solve this but they have major reliability issues. So the idea would be to have something like this be a final option for those transit systems, (mostly legacy NA systems), for which getting the system running with doors would be a huge project!

by Pensyfan19
Thu Dec 17, 2020 9:40 pm
Hello there. I am also interested in the engineering sector, specifically for rail transportation focusing on the mechanics and design (interior and exterior) of new locomotives and railcars, kind of like Otto Kuhler. Although I am not fully experienced in the field yet, may I suggest some sort of cover on the metal coupling since the potential victim could call on the coupler and break their bones? If not done already, may I suggest lowering the safety plow as low as possible so that it doesn't hit the person too high up. The minimum FRA requirement is 3 inches off of the ground. Best of luck on your project.
"Look down, step over, and watch the gap!" - Dr. John Clarke, The Gap Rap (2010)

by cododd
Fri Dec 18, 2020 8:59 am
Yeah the coupler right now is one of the biggest problems that would still need to be solved. Not just to prevent injury but to make sure people fall in the net correctly. Not sure what to do about that currently but I'm sure some sort of covering, maybe even making the whole kit coupler-mounted, could be a solution.

by ExCon90
Sat Dec 19, 2020 11:22 pm
That raises an interesting question: they were universal on road locomotives in the U. S. and Canada; is there any record of whether they actually prevented death or serious injury in cases of actual contact with a person, or did they primarily prevent derailments from stuff on the track?

by cododd
Sun Dec 20, 2020 11:02 am
The cowcatchers used on locomotives weren't really for people impacts, they were there really for pushing cows aside, and the goal wasn't really to save the cow but to protect the train from derailing, which they did well. The safety nets used on streetcars were quite rare, there were just big and onerous they weren't widely used, and were quickly phased out along with streetcars themselves. So unfortunately there isn't a lot of data to go off of.

cododd wrote: ↑Sun Dec 20, 2020 11:02 am The cowcatchers used on locomotives weren't really for people impacts, they were there really for pushing cows aside, and the goal wasn't really to save the cow but to protect the train from derailing, which they did well. The safety nets used on streetcars were quite rare, there were just big and onerous they weren't widely used, and were quickly phased out along with streetcars themselves. So unfortunately there isn't a lot of data to go off of.

Not sure if this counts as a net per se, it’s more a wire basket of sorts, but Twin City Lines used them through the end of streetcar service in 1954. [media] https://commons.m.wikimedia.org/wiki/Ca ... s-1939.jpg[/media]
Moderator: General Discussion: Passenger Rail,
DC-MD-VA Passenger Rail and Amtrak

How will these perform when they get filled with snow or ice or trash?... Maybe on an underground system it would be OK, but I'd guess that the majority of US transit systems are at or above ground.

I think the harsh reality you're missing is that most deaths involving transit/rail come from the blunt force trauma of being struck at speed, not from being dragged underneath. And the vast majority are suicides. Nets won't prevent that.