Discussion related to railroads/trains that show up in TV shows, commercials, movies, literature (books, poems and more), songs, the Internet, and more... Also includes discussion of well-known figures in the railroad industry or the rail enthusiast hobby. 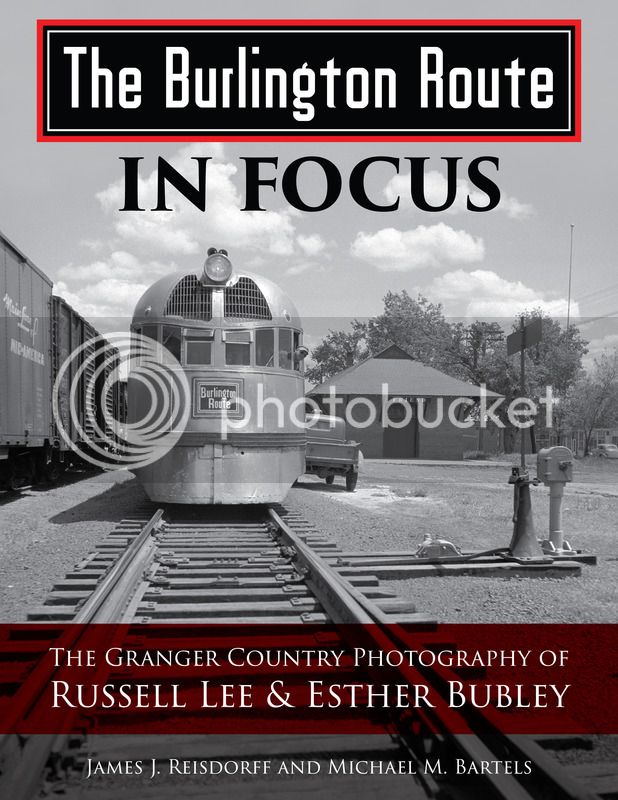 Railroads have a unique impact on the places we live. They stir commerce and profoundly impact business, but most importantly, railroads shape communities. The management of the Chicago, Burlington & Quincy Railroad (CB&Q), popularly known as the "Burlington Route," was acutely aware of the impact that their railroad had on the region it served. In 1948, the CB&Q commissioned professional photojournalists Russell Lee and Esther Bubley to document the influence of the Burlington Route on the communities it traversed.

This title is a study of Granger Country: A Pictorial Social History of the Burlington Railroad, a company-sponsored publication from 1949 that originally included a small portion of the hundreds of images produced by Lee and Bubley for the CB&Q. This new book from The Garbely Publishing Company features some of their best black and white photography from that project. The entire Granger Country collection now resides at the Newberry Library in Chicago (http://www.Newberry.org" onclick="window.open(this.href);return false;), which has graciously allowed authors Reisdorff and Bartels to take readers on a journey around the post-World War II Burlington system by telling the stories behind the images.

The Lee and Bubley photographs illustrate the people, places and machines that were intrinsic to the CB&Q of the 1940s. They show an era when steam power still chuffed across the Plains, when “train time” was still the epoch of any community’s day. See how new Zephyr streamliners and diesel-electric locomotives were then securing their foothold on the Burlington Route, and take a ride "Everywhere West" through Granger Country.
- Rudy Garbely
Chairman, Port Jervis Transportation History Center
Vice President-Communications, Dining Car Society
Director, Operation Toy Train
Director, The Conrail Historical Society
Director, New England Steam Corp.
President, The Garbely Publishing Company