by newkirk
Mon May 09, 2022 9:05 am
The subject involves the N-5 Norristown body shells I photographed at Morrison-Knudsen in October of 1991. Below is a passage from a post on SubChat. The question the poster asked me is how did these body shells get to M & K ? Anybody's help would be appreciated.


I got my information from a PDF on line with the title Modernization of SEPTA's Norristown High-Speed Line by J William Vigrass. This is the particular paragraph I based my information on:

The car builder is a joint venture of ABB Traction/
AMTRAK. ABB is a merger of ASEA (Swedish Electric)
and Brown Boveri (Swiss). AMTRAK's Beech Grove, Indiana, shop will assemble the cars; the car body shell will be
fabricated by SOREFAME, Lisbon, Portugal, a Budd Co.
licensee. The first two shells arrived at Beech Grove in
April 1989] 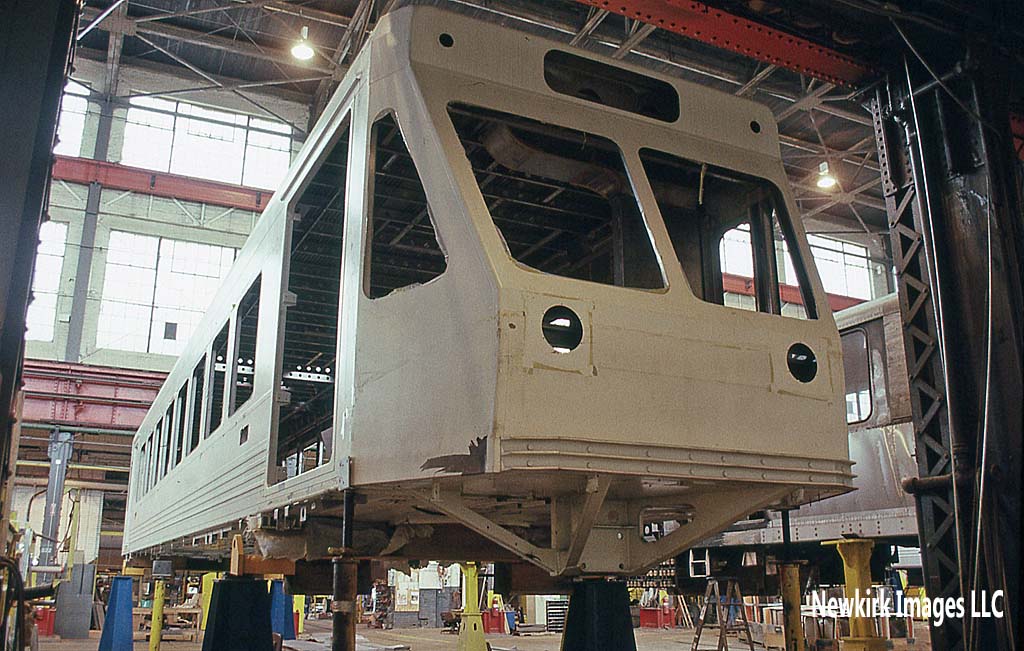 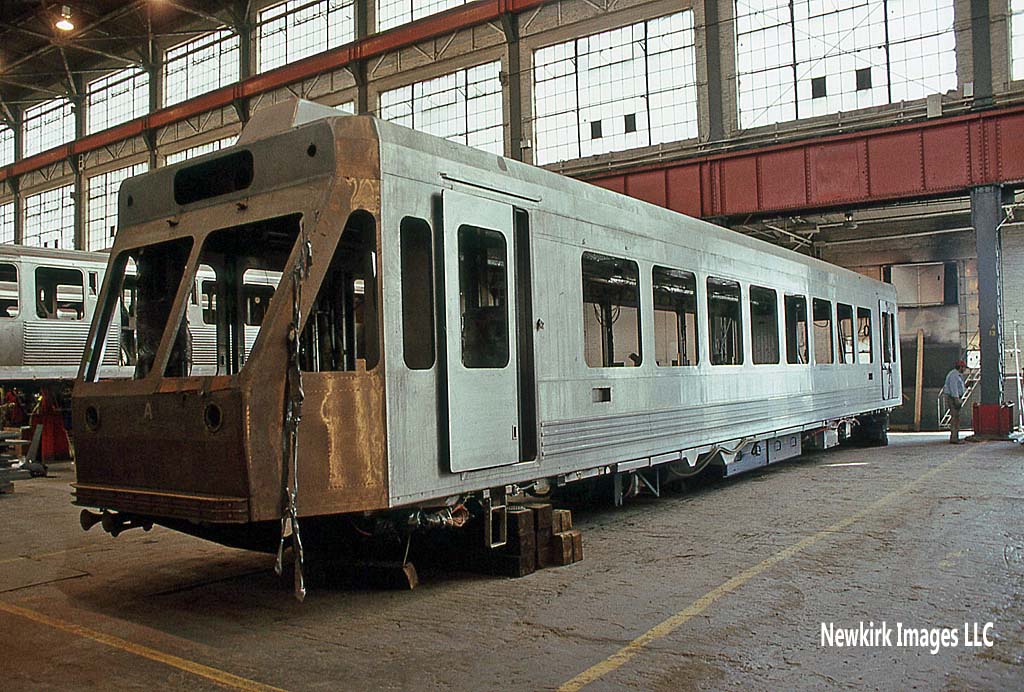 Bill Mangahas (AKA Newkirk Images LLC)
What did the French conductor say after his train derailed ?
Too Loose La Track.

More interesting in the first shot is a CTA 2600 to the right of the N-5 (2600s have smooth stainless, 3200s
corrugated). This was long before the first 2600s left for Hornell shops from rebuilt in later 1998 (by then
Alstom). I'm guessing this might a wreck rebuild, being sent to MK due to damage beyond the scope of
what could be done in Skokie.

Seeing the N-5s in Hornell is surprising, given ABB's own assembly and overhaul shop in Elmira Heights (now
CAF). They do resemble the 1967 Cleveland Red Line "Airporters" to some degree and also their 1984-85 Tokyu Car replacements.
Since my friend continues to chain smoke nonstop, she is probably an Alco.

So were the N-5's assembled in Hornell ? I'm still not sure why they were there.
Bill Mangahas (AKA Newkirk Images LLC)
What did the French conductor say after his train derailed ?
Too Loose La Track.