by planespotting
Wed Aug 11, 2021 4:04 pm
Monmouth Junction has a nice switch connecting the NEC to the Amboy Secondary. I pass there daily and have never seen any activity. My questions are:

1 - Do freight trains ever use the switch at Monmouth Junction to get on to the Amboy Secondary?
2 - If not, what is the purpose of the switch/connection?
3 - I heard during the aftermath of hurricane Sandy the switch and Amboy Secondary line was used to help reposition so NJT equipment between NEC and Coast Line. Any truth to that?

by R&DB
Wed Aug 11, 2021 8:04 pm
PRR built the line from Monmouth Junction to Jamesburg in the late 1860s or early 1970s to connect to the Freehold and Jamesburg. This gave them access to the Jersey shore via Jamesburg, Freehold, Farmingdale and Maasquan. The prize was Long Branch, which at the time was THE PREMIER COASTAL RESORT IN THE COUNTRY. (7 US Presidents vacationed there) It was the playground of the rich and famous. The PRR also used it for hauling coal from PA through Jamesburg to their docks in South Amboy. Freight moves to the southern portion of the NY&LB were also made by PRR. There was passenger service from Trenton to Red Bank (via Manasquan) until 1962.

There are occaisional moves though there. One advatage to keeping it viable is it does not have clearance problems like the Coast Line, so large (high/wide) loads can be moved through there.
Harry

by Bracdude181
Wed Aug 11, 2021 8:19 pm
@planespotting At the moment there is no regular freight that uses Monmouth Junction to access the Amboy Secondary. All freight comes into Browns via the North Jersey Coast Line at South Amboy. Most of the time this train comes down as OI-16

The connection at Monmouth Junction is only used as needed. It’s very rare to see a freight train on it. It’s mainly used as an emergency back door to the Amboy Secondary/Browns Yard should trains be unable to take the current route for any reason.

During Sandy the Coast Line was very badly damaged, and was unusable for weeks afterwards in many areas. Bay Head Yard was underwater, and bridges were damaged by the tide throwing things into them. As such, Conrail diverted all Browns freight to Monmouth Junction for several weeks.

Below is the only video of such a move. A very long Browns bound train with oddball power.

by planespotting
Thu Aug 12, 2021 9:03 am
Thanks for in the info. Maybe one day will see a high and wide transfer move there or something similar.
The video was very cool. If the train was indeed going west on track 3 as description says. They would have had to de-couple and run the engines around the train to the other end to make the Monmouth Junction switch. Either that or shove 80 cars!

by Bracdude181
Thu Aug 12, 2021 10:31 am
Sadly the Coast Line will soon rebuild the Raritan River Bridge which is allegedly going to allow Plate F and 286k cars into Browns. This will almost completely do away with the need to run any transfer to Monmouth Junction, unless the transfer is permanently rerouted. Perhaps the transfer could come out of morrisville instead as OI-16 takes an extremely long time to do. OI-16 gets held up for literally everything!

Supposedly there might be a High/Wide move onto the Amboy at Midway tomorrow with the ME-2
I've been here since Railroad.Net 1.0

by planespotting
Thu Aug 12, 2021 10:27 pm
Thanks for heads up. How sure are you about the move? That would be awesome to rail fan. I don't think I can sneak out of work then. If I recall correctly ME-2 is usually working NEC anywhere from 1 - 3pm.

by Bracdude181
Thu Aug 12, 2021 10:59 pm
@planespotting ME-2 works the NEC for much longer than that. Raritan Central now handles all customers that aren’t on the NEC.

by JDRails
Fri Aug 13, 2021 9:50 am
Can anyone confirm the high/wide move at Midway?? Would love to catch that move somewhere in Dayton. 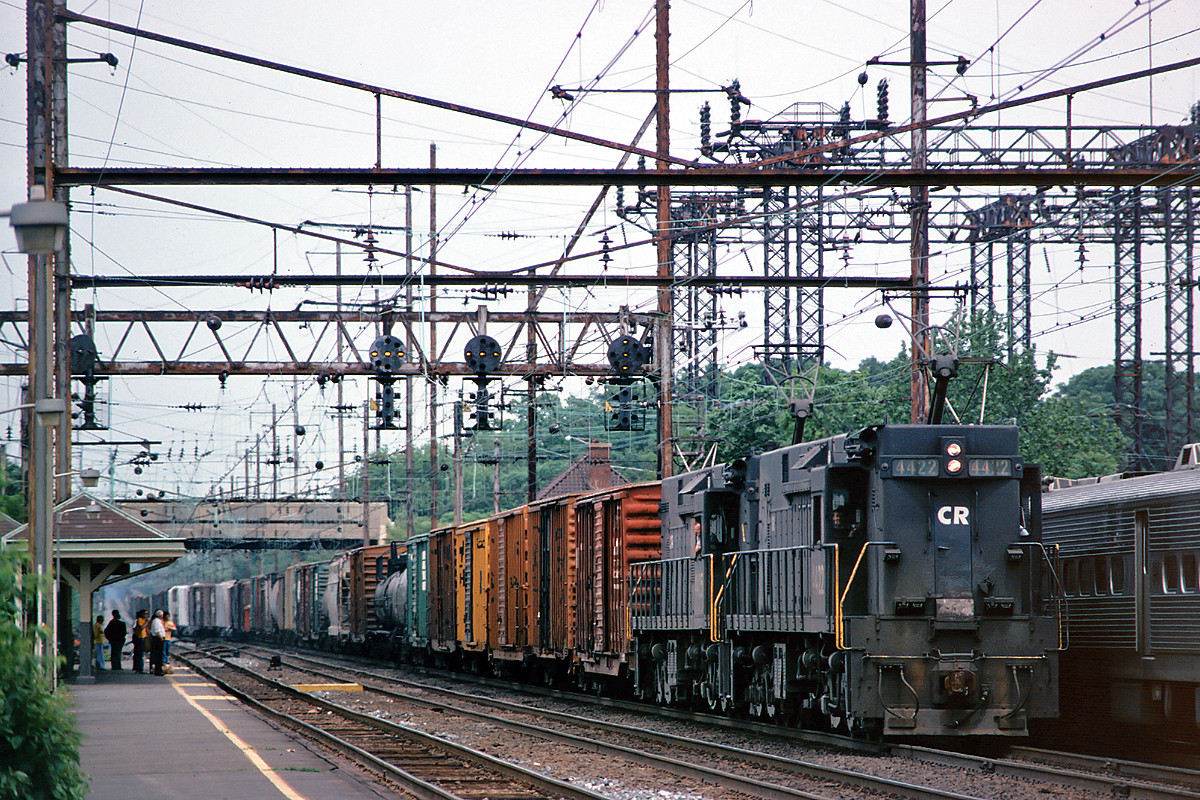 by planespotting
Tue Aug 24, 2021 11:04 am
Do you think the damage to the Amboy Secondary from the storm will require repair trains and maybe even some real freight manifests to reroute via the switch at Monmouth Junction?

by Bracdude181
Tue Aug 24, 2021 12:05 pm
@planespotting the Amboy Secondary is back in service now with a 10 MPH speed restrictions. Freight into Browns via the normal appears to be continuing as the Sayerville-South Amboy stretch is higher above ground than point south of Browns. Unless another hurricane comes and completely destroys the Raritan River Bridge I don’t think any big manifest trains will be going through Monmouth Junction any time soon.

However, this doesn’t mean no manifest freight between Metuchen and Morrisville regardless.

Should the Trenton Subdivision go down for any reason, CSX will divert most trains to Morrisville, and they will head up the NEC to Newark so trains can reach Oak Island yard. These moves are done during the night and are usually handled by Conrail. Sometimes it’s OI-32 and sometimes it’s MO-25.

The most recent occurrence of this was several years ago when the Tropicana train (Q170 or something like that) was rerouted over the NEC. Nowadays those cars come in on Q300 and leave on Q301

Frieght over the NEC is limited to Plate F clearance so no double stack intermodal.