by l008com
Thu Aug 18, 2022 3:21 am
My youtube channel (see signature) is taking off! It's so much fun not just watching for the sake of watching trains go by, but watching and recording for a purpose! But of course the flip side is that you are more annoyed now when you hear a train nearby but you miss it! Or even worse, you look and theres a train RIGHT THERE, so close and bearing down that you don't even have time to get your camera out! Happens a lot but that's all just part of the game!

Anyway, I wonder if there are any ways one could get *legit* greater access for filming? Like if I write a kindly worded letter, could I get permission to hang out at BET during rush hour filming trains from all around? Or not necessarily that, but things of that nature?

I assume if any individual engineer wanted to help, that would be bad news for them because they would potentially get in trouble? I'm not sure how serious filming access is taken when it comes to trains. I assume theres zero chance engineers can just let me take a ride outbound in the locomotive, and I've accepted that, sadly

But what about GoPro's with magnetic mounts?

Going down the ladder of potentially even less problematic stuff, what about suction cup go pros looking out the window while taking a ride? (camera inside, at my seat) Is that something that would be frowned upon or would nobody really care about that?

Does anyone have any other suggestions of types of unique or interesting videos I could shoot, so all my videos aren't just me standing at stations, filming commuter rail trains with square wheels going by?

by eolesen
Thu Aug 18, 2022 6:29 am
Almost zero chance. Crew members have strict rules about non-company electronics while on duty. Don't ask someone to risk their job over a foamer channel on YouTube.

by Arborwayfan
Thu Aug 18, 2022 9:07 am
Trains going over bridges, coming around curves out of the woods, etc., make for interesting shots. There are various good shots of the Needham Line from inside the Arnold Arboretum: The stone bridge over Bussey Street (replacing hte one that collapsed in a famous wreck in 1887) can be filmed from below and from slightly above. Between the bridge and Forest Hills you can get interesting views of trains from below, looking up a small embankment at a steep angle. Between the bridge and the south end of the Arboretum you can get views of trains from above; there's a steep bank alongside the ROW so from safe public space you can get a view of trains from about roof height, not to mention more panoramic views from further away. Trains come around slight curves out of the trees in both directions, and two tracks come together at a high-speed turnout, so you've got some variety there, and the chance to film the turnout operating. In Roslindale Square/Village you can get a variety of interesting shots of trains on the new bridge (with old spans; best season for this might be earlier in the year, when the wild roses are blooming.

I suspect you can get a good shot of Needham Line trains crossing the Charles River from W Rox into Dedham from the park on the old city landfill off VFW Pkwy. The trains are going a little faster there than in the Arboretum.

In Needham Ctr there is, or was, a nice little sandwich shop right next to the tracks, with windows facing the tracks IIRC. With the owner's permission you could catch some fun angles from the table you're eating at. It's a very urban crossing with buildings close in on both sides of the track and both sides of the street, and it's one of the grade crossings closest to Boston on the south side.

Lots of interesting river-and-ocean shots along the Rockport Line. Lots of possibilities for CR and Orange Line passing each other along the Southwest Corridor (looking into the big ditch from the adjacent park; I think you could get a good shot through the chainlink if your lens is not too wide. With timetables and some luck you could probably get CR, OL, and Amtrak all at once, or very close together. There might be similar vantage points along the Haymarket North parts of the OL or along where the Red Line and Cr run next to each other.

Go to Walden Pond, walk out past the Thoreau Cabin site to where you can see the tracks, and film there.

Equipment moves over the Grand Jct, especially the bridge that goes under the BU bridge; there should be a good angle from the bike-path/park strip on the Cambridge side.

eolesen wrote: ↑Thu Aug 18, 2022 6:29 am Almost zero chance. Crew members have strict rules about non-company electronics while on duty. Don't ask someone to risk their job over a foamer channel on YouTube.

You can ASK for anything, and no one's "risking their job" by letting someone get to see something unusual. That said, you're not going to find a crew that's going to let you near an operating cab to film especially with the intent of posting it, except perhaps on an inbound train during the AM rush hour when the control car is open to the public. Then a crew might allow you to film from inside the vestibule door, but I would definitely show them proper respect by asking them first. Personally, I'd worry less about "content" and more about your own experience. As far as creating content, stick to publicly accessible areas on your own and reach out to PR offices both at the T and Keolis to ask for guided tours that you can share. You might not get far, but anything you do get will be above board so no one can get upset over how you obtained it.
Moderator: Massachusetts Bay Transportation Authority
Avatar:3679A (since wrecked)/3623B (now in service as 3636B).

by mbrproductions
Mon Aug 22, 2022 9:18 pm
With all the cameras they have in the locomotives these days, I don't even think you'll find an engineer who would be willing to let you in the cab with him even just for a few minutes, let alone give you a cab ride. I know an engineer who only let me in the cabs of two non-rebuilt locomotives without cameras for a few minutes either before boarding started or when it just started. Yes everybody here would probably want a cab ride but those cameras mean somebody is watching, and that somebody probably won't take too kindly to an enthusiast being let inside a locomotive, even if he sees that you didn't touch anything. I'd say the best way to get a cab ride now if you really want one is to contact the T or Keolis and say it is for educational purposes, personally, I don't think it'll get you very far, but it's just about as close as you'll get.
Hoping to get MBTX 1008 and 1013 Preserved... 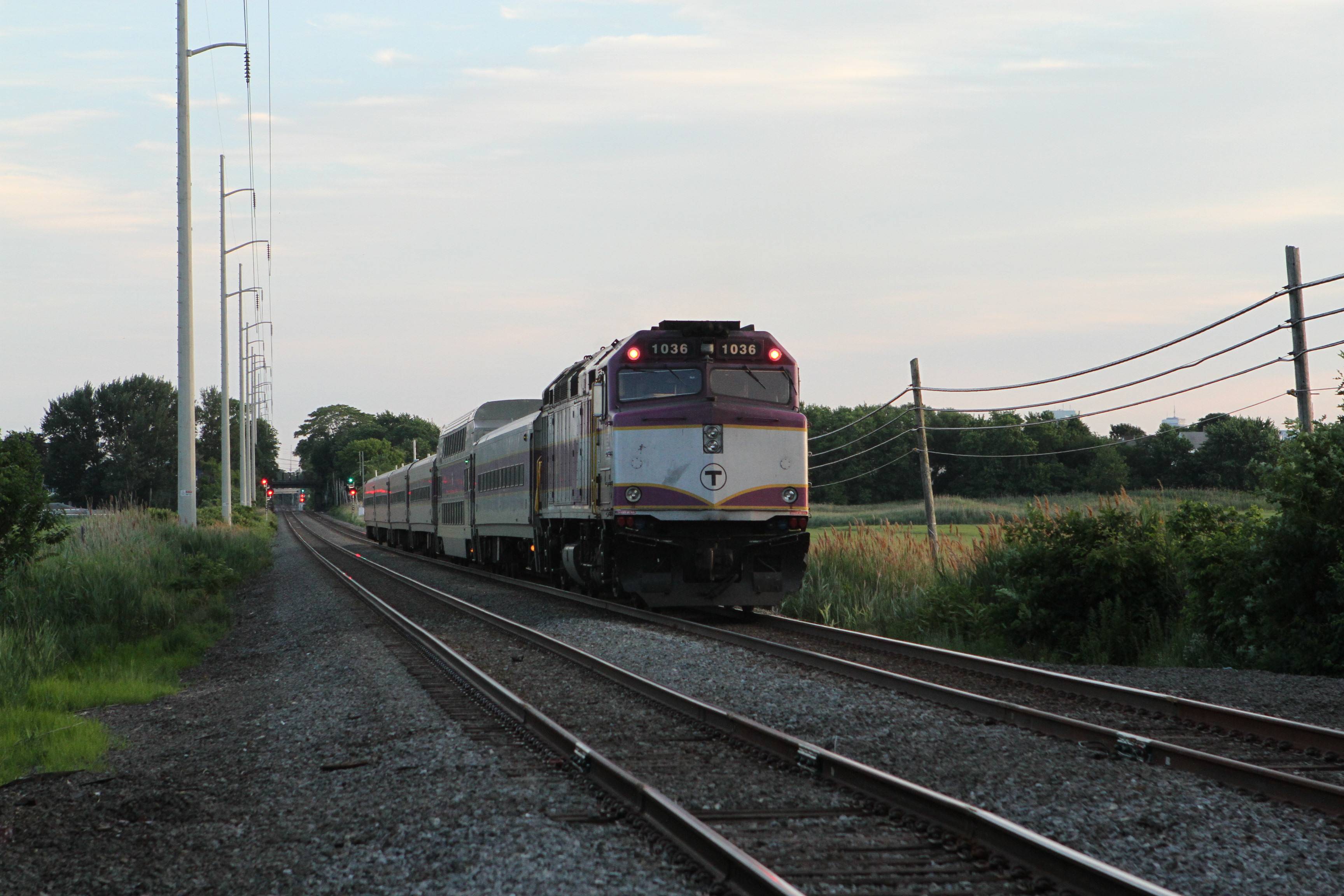 More realistically, I was thinking of things like sticking a magnetic gopro to the locomotive and then hoping in a passenger car with a regular old ticket, then getting the camera back when we get to the end of the line. Or things along these lines.

I also wasn't sure if they had any kind of official photographer access you could request that would give you more access then you'd get just walking around stations etc.
My YouTube Channel:
John's Train Videos

Arborwayfan wrote: ↑Thu Aug 18, 2022 9:07 am In Needham Ctr there is, or was, a nice little sandwich shop right next to the tracks, with windows facing the tracks IIRC. With the owner's permission you could catch some fun angles from the table you're eating at.

by BandA
Tue Aug 23, 2022 2:41 pm
The T could use some positive publicity right about now. They might be amenable to filming some of the hard-working construction projects, assuming you don't film any workers without their specific permission.