by CharlieL
Wed Jan 25, 2023 10:17 am
So far the track clearing has covered about 7600 ft of track in 6 days. The stretch between Fairfield and Yellowbrook rds is about 9600 ft, so maybe Yellowbrook rd end of next week?

CharlieL wrote: ↑Wed Jan 25, 2023 10:14 am Don't forget George, King of England rode these rails in 1939, from Jamesburg (off the Pennsy main line) thru Freehold, brief stop in Farmingdale, to Red Bank, on his tour of The US and Canada.

CharlieL wrote: ↑Wed Jan 25, 2023 10:17 am So far the track clearing has covered about 7600 ft of track in 6 days. The stretch between Fairfield and Yellowbrook rds is about 9600 ft, so maybe Yellowbrook rd end of next week?

The crew is making good progress. They started at Okerson Rd last Wednesday and reached Fairfield Rd in 5 days of work . I agree with you that they'll be at Yellowbrook Rd by next week , if not sooner. The stretch from Yellowbrook Rd to 524 doesn't look too horribly overgrown, so maybe the Southern Div interchange in a couple of weeks ??
Jim H

by JohnFromJersey
Wed Jan 25, 2023 5:48 pm
I wonder, how long into we see trains running over this section of track again? They can definitely get the line cleared and scraped by early-mid February, if not sooner, but they do have quite a lot of track work ahead of them, not to mention the crossings, which will take at least 1-2 days to do, not including the planning and whatnot.

I assume the plans for whatever track and crossing work are already done and signed for, since between now and when DRRR took over, there wasn't any activity for this project. I'm assuming that's when they did all the legal and planning paperwork, if CR didn't already have plans to give them. I also assume that what will probably end up being the most time-consuming and different project will be constructing the wye in Farmingdale, but I think that can probably be done while trains run, since half of the wye already exists.

A little better to read

Wow. A shame that PRR, the state of NJ, and Pine Creek didn't come to an agreement. That line, if it existed today, would be pretty important for public transit, given how much the area has exploded in growth since the 60's.

When I was working there, they mentioned that they tried to get some of the ROW for expansion east of Allaire, but the deal fell through. Partially due to the nearby golf course not wanting to gave a narrow gauge rail line cutting through it.

Edit: I was told they tried this around the early 1980s

by Matt Johnson
Wed Jan 25, 2023 7:23 pm
I remember riding steam there as a kid back in the 80s! Ah the good 'ol days - glad they're still running, wonder if they'll ever run a steamer again though.

by JohnFromJersey
Thu Jan 26, 2023 1:25 am
It is a shame that Pine Creek hasn't ran steam in a while. Last time I was there, I was told that they haven't run a steam train since the 2000's. Their steam locomotives need some hefty work, and steam isn't cheap to maintain.

Also, I passed by Fairfield tonight/last night (considering I am posting this at 1:30AM...), and they have reached beyond Fairfield Rd.

by Bracdude181
Thu Jan 26, 2023 1:33 am
All of the aforementioned things are correct. They did mention that steam is a big hassle. NJ boiler laws don’t help. They mentioned that such laws state they gotta tear the boiler apart every 5 years to inspect it. That takes a huge amount of time and money.

Will go out and check the progress again on Friday. Will also take pictures. They certainly are moving quick. Could be done in a couple weeks…


Sent from my iPhone using Tapatalk

by baju
Thu Jan 26, 2023 1:12 pm
Just a tidbit of information……during the mid to late 60s I believe the railroad bridge from Brielle to point pleasant was worked on and one track was installed. There was talk about abandoning the railroad from manasquan to bayhead and building the yard in the area northwest of the rt 35 overpass. This area was what was called Bennett orchards. This would enable trains on the New York and long branch leaving sea to take the F&J over broad and north Main Street to the area called Benetts orchard. Needles to say there was extreme out cry from the nimbys and the property was rapidly bought up after they lifted the PRR rails.

by JohnFromJersey
Thu Jan 26, 2023 1:19 pm
That is quite interesting. Would have made sense IMO, since Bayhead's southern connection to Seaside, then to Toms River, then to Philadelphia was gone by that point... having the yard by the F&J would enable them to have a hub where they could go West towards Trenton/Philly or North towards NYC. Would have stunk if they got rid of the train to Point Pleasant though...

Really a shame Farmingdale-Sea Girt was ripped up. That line would've been crucial in the summertime for ferrying people from Western NJ and the Philly area to the shore in the summers, as well as the local commuters.

by GSC
Thu Jan 26, 2023 3:15 pm
The earliest plans for Pine Creek at Allaire included a line next to the then-existing PRR trackage. The bridge just east of today's Pine Creek, used as an exit road for the third parking lot, was built two tracks wide (a passing siding existed long ago), plenty of room for Pine Creek and the PRR to share. The plan was to build eastward to about where the golf course property started, with a reversing loop built on a trestle. Big plans for those days. Look at an old brochure, that track plan is on it.

When the PRR was abandoned and torn up, Pine Creek continued to look into to acquiring the whole ROW. It never worked out, obviously. Some years later the ROW was used for a 36-inch water main. Concrete pipe sections were placed and later buried. One picture somewhere shows Pine Creek's diesel #5 and the four-wheel caboose parked so the shot looks like a long freight train of the pipes.

The line from Sea Girt to Farmingdale was used in 1946 after both the Barnegat and Matawan trestles burned and a detour route was needed. Both CNJ and PRR trains used the NY&LB south to Sea Girt. Pennsy trains continued on to Jamesburg and then north to South Amboy. CNJ trains ran to either Farmingdale or Freehold and then north on their rails back to the NY&LB. The Southern Div was also used from Red Bank to Farmingdale by PRR trains as needed. The two lines cooperated during the emergency and things ran as well as could be expected. CNJ and PRR trains also ran on the NY&LB to Matawan, and passengers were bussed around the Matawan trestle to South Amboy. It was a mess but they did what they had to. (No info exists whether trains used the CNJ line from Long Branch / Branchport to Eatontown).

That could never happen today, there aren't ways to detour around problems like that.
They tell me to act my age. I don't know how to do that. I've never been this old before.

So do I. I am 67 now I think I was about 10 or 11 years old which puts my only visit to Allaire Village and Pine Creek train ride in 1965 or 1966. I remember being slightly disappointed like the snotty spoiled kid I was at the end of the loop. "Is that all? just that circle?" I distinctly remember them telling me that they were going to expand and to come back for a longer ride. One part of the ride I remember was riding along another railroad track. That being the PRR track. My late dad loved all things historic, The Allair Villages, I was fascinated by the pig iron furnace chimney. That would have been great had they been able to expand the train ride but for that damned golf course. 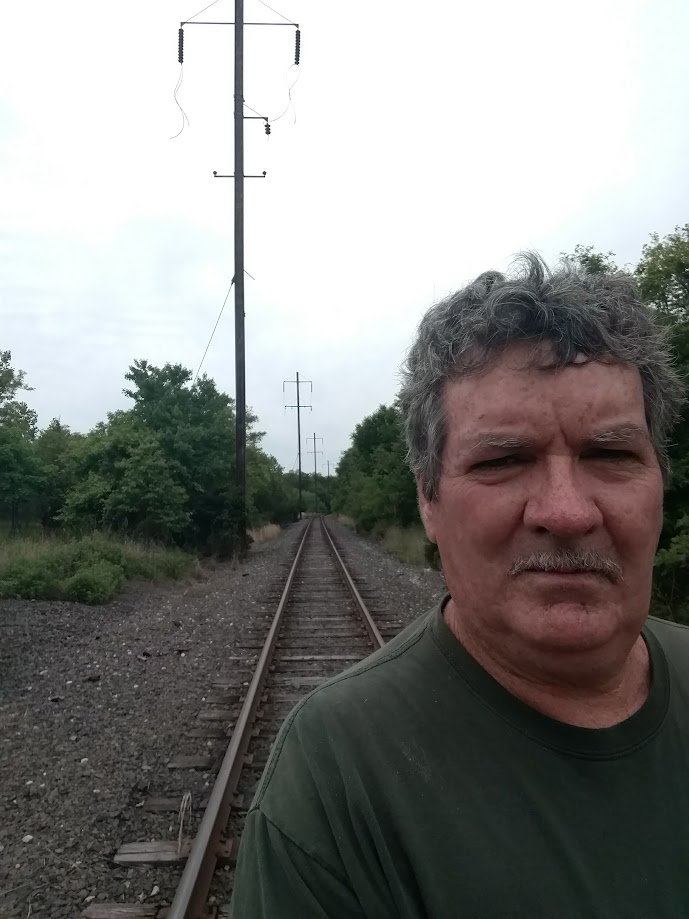