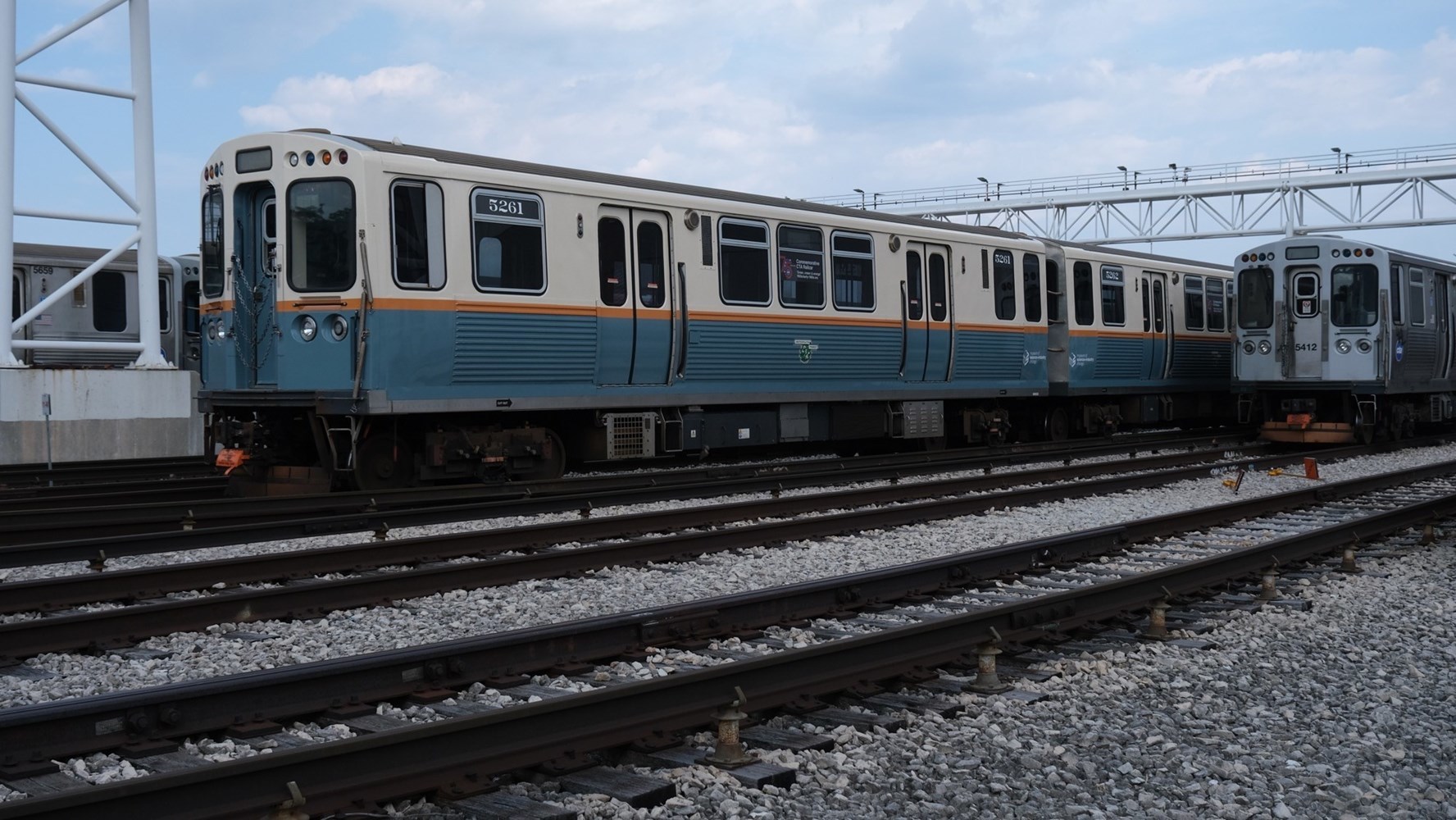 2600s would be fitting to receive their original Bicentennial RWB livery (which debuted on the 2400s in
modified form).
Since my friend continues to chain smoke nonstop, she is probably an Alco.

The 2600 series Budd/Transit America cars were delivered with the concept "I Will-The Spirit of Chicago"
color scheme beginning in 1981 - 2600 series cars in their original livery would be appropriate...