by newpylong
Thu Jun 09, 2022 2:43 pm
First off, by contract they only need to use ST MOW if the equipment and manpower levels are capable of performing the work and all furloughed employees have already been called back. NS brought in their own gangs when they built Pan Am Southern because Pan Am was not capable of performing that level of capital work while also continuing to maintain the rest of the system.

Secondly, labor contracts are not perpetual. They will cease to exist when one of the signees does not exist. In this case it is the Springfield Terminal. That's why the unions seek NY Dock protection when being bought out etc.

We know that will exist to at least the end of the year when the B&E is due to takeover operations over PAS from the ST. As to when CSX signs new operating agreements between itself and the unions, the only deadline is when they expire either by contract date or when the Springfield Terminal ceases to exist. As Pan Am will be merged fully into CSX eventually, the clock is ticking for the ST.

So to answer your question, they will only bring in their own gangs or contractors if the legacy-ST can't do it.

by Mandy Saxo
Fri Jun 10, 2022 6:28 am
NS heads were up from the south, viewed the AM / Voorheesville runner with SMS employees by hi-rail Wednesday. There is a slide at 19.2 that needs attention before the blitz can start. 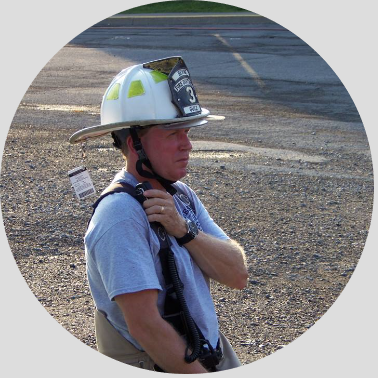 newpylong wrote: ↑Thu Jun 09, 2022 2:43 pm Secondly, labor contracts are not perpetual. They will cease to exist when one of the signees does not exist. In this case it is the Springfield Terminal. That's why the unions seek NY Dock protection when being bought out etc.

Mr. Newpy, first let me state that I respect that you have "been out there on the ground", and during my time now almost forty-five years ago, I was "just an office boy" holding a position titled "Rate and Schedule Analyst" within Labor Relations.

However, I am having difficulty reconciling my past experience with your captioned statement.

Looking at an Agreement I still have in file, namely the National Manning and Training Agreement between Employees within the craft of Locomotive Fireman and the Carriers (the NRLC) dated July 19, 1972 that spelled the end of that position by phase out, I find language "....and shall continue in effect until changed or modified in accordance with the procedures of the Railway Labor Act, as amended."

This language always meant to me, as well as to my Superiors, that an Agreement under the RLA never expires, and so long as there are employees on a property covered by that Agreement, regardless of whomever the employer might be, it remains in force. However, a very safe assumption, a high priority will be to address those existing labor agreements on your former property.

Now "changed or modified" means that a party has served Notice (a "Section 6" under the Act) that they desire to change either a rate of pay or working conditions upon an/the other. The timing of Changes are often controlled with language such as "No party to this Agreement shall serve or progress prior to (date) any Notice pertaining to matters covered by this Agreement".

From such language the vernacular (my Boss', a one time Conductor, favorite word), "three year contract" arises. However, away from your property, in the few occasions railroad employees have "hit the bricks", any signage to the effect of "no contract, no work" is simply misleading, if not outright false.

Now so far as your reference to New York Dock, which appertains to protection of adversely affected employees, with the ranks now so thin arising from employees "who've just had it" (or how I was feeling about my industry career when I pulled the pin" during December 1981) and left for other endeavors, I don't think Chessie or G&W will be paying much of anything under this doctrine.

by newpylong
Fri Jun 10, 2022 10:49 am
Correct, misleading explanation on my part. The ST agreements remain in effect UNTIL new ones are ratified. I was getting at if the ST no longer exists they no longer can ratify them so the need agreement must be with CSX and B&E. They may not be as favorable as the ST agreements and people may be displaced specifically with B&E, so NY Dock protection applies to anyone effected.

So to the original question, yes CSX has to adhere to the ST MOW agreements until new ones are ratified by CSX as ST will no longer exist. With the caveat being if the ST cannot perform the work.

by codasd
Sat Jun 11, 2022 4:01 pm
Has any of the PAR power made it to Selkirk for an autopsy? The CSXT mechanical department may not known if they should laugh or cry. How about any CSXT power having made it north of Portland yet. In the filing CSXT had plenty of power to replace the PAR nags.

by Bracdude181
Sat Jun 11, 2022 4:26 pm
@codasd And for that matter, if any of the power has/will go elsewhere besides the former PAR trackage? Would like to see some of that power here in NJ

by BandA
Tue Jun 14, 2022 1:11 am
I would think CSXs mow equipment and procedures would be substantially different than PARs. So the first thing for the employer would be to discern which employees don't want to work for CSX, and which would end up with B&E, and prioritize getting the new CSX mow employees trained up. Or maybe use the training process to evaluate which employees CSX thinks would be a good fit. In either case if I were management I would be sending PAR workers to CSX right of way training almost right away.

by R.B.Phillips
Tue Jun 14, 2022 6:29 am
CSX was advertising on a Boston-targeted internet radio site last night and offering to train you while paying you. Seemed noteworthy and a welcome change from the usual insurance et al spots.

by newpylong
Tue Jun 14, 2022 11:39 am
If anyone watched the last STB hearings about Class I service levels (or lack thereof), there was an interesting discussion on the manpower shortage. CSX CEO Jim Foote stated that he believed the industry needs to fundamentally change in order to solve the problem long term. Most people aren't going to want to get paid the same or even slightly more than a factory worker (for example) to be on call and work outside in all conditions. He believes they need to have a discussion about how to best introduce more dependability into the workplace. This would be a serious shakeup of labor for the railroad industry which has largely sat unchanged since the railroads were built.

My opinion: He is absolutely right, but the Unions are 50% of the problem. They can't have their cake and eat it too.

by codasd
Tue Jun 14, 2022 12:03 pm
CSX has committed to CWR on the seven miles by the reservoir on the PAR Worcester main. I hope this is where it is headed.

Newpy do you think an airline model would work on the railroads? I know pilots on mainline passenger service that work five days on and three days off. Another pilot is in freight service and works sixteen days on and fourteen off. All days off are contiguous. All get a per diem while not flying.

by newpylong
Tue Jun 14, 2022 12:14 pm
I honestly don't know the right way to go about it, but there has to be a happy medium for both the employer to have workforce flexibility and the employee to also have a life. I am sure they could borrow from other industries.