by timberley
Tue Jan 26, 2010 5:03 pm
I just thought I'd share an interesting shot I took around Christmas time a year ago (back in the end of 2008), which I just got around to putting up online. I think some of you guys might find it interesting.

This is at the Brockville, ON, VIA Rail station. While I was waiting for my train (from Ottawa en route to Toronto), an eastbound train arrived behing P42DC #904, with a string of LRCs in tow. The first VIA 1 LRC club car had evidently been having trouble with one of its doors, and VIA maintenance found an interesting short-term solution, a la Red Green: 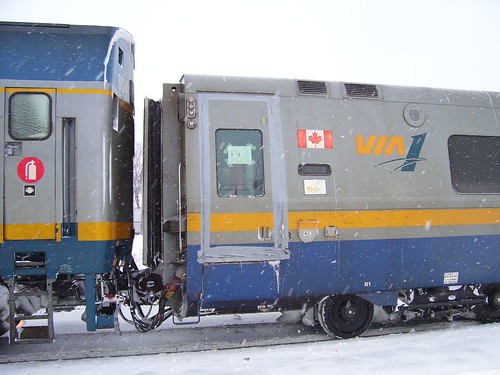 electricron wrote:If the door needs that much tape, why wasn't it taken out of service?