CR on the Southern Secondary

Looked to me like the conrail employee's were giving a tour of the incident? It wasn't local black suits. Was hard to tell just who they were from the distance I was.

Coulda been NTSB, or NJT, or CONRAIL or even local officials getting a "show and tell".

The car ran past the derail, and would've been fine without the section of missing rail after the derail which caused it to tip over. There's also trees wedged in the brake gear under the centerbeam. A crane is in sight now and they're begging the cleanup process.

@Bracdude - I believe from Coast Line's quote above, there was at least a derail in place and not just cross ties.

Of, course SA-31 used to run down to Lakehurst to do his turn around, but that was 5 extra miles and time at 10-15 mph which adds up. I am not familiar with their procedures as to why they had to also pull the section of rail up after building the runaround (dispatcher should have known that the train had a length issue), but I would guess it has a bit to do with classifying the whole length to Lakehurst as OOS for tax reduction.

They were definitely tying their hands by pulling that section of rail that close to the runaround, rather than 500 yds further south. Probably should have left the rail intact until almost down to the Whitesville Rd crossing. Budgets must be hurting to be cutting resources so close to the bone.

The cost cutting is not a result of a lack of money. Conrail has plenty of income. Especially in North Jersey due to all the oil trains they move around for NS and CSX. They cut the line at Cross Street because they no longer wanted to repair the Lakehurst to Lakewood section following a lawsuit from another engineer about the poor track condition.

Not that they should have closed it anyways. By the time they did, Seashore Lines had already gotten to work on the sand train project, and had even gotten their exemption notice filed with the STB to operate the line. Closing the Lakehurst to Lakewood section made an unnecessary hurdle for the project, and now Conrail will have to spend millions to fix this mistake.

They don’t want to though, as they hate this line and want it gone. They’ve been trying to kill this line since 2003 and it shows.

they no longer wanted to repair the Lakehurst to Lakewood section following a lawsuit from another engineer about the poor track condition.

What lawsuit? Who sued who and for what remedy?
Perhaps our lawyer / ham friend can add some factual information...CQ CQ CQ W2KB ...
If a lawsuit was actually filed there should be some verifiable information out there. 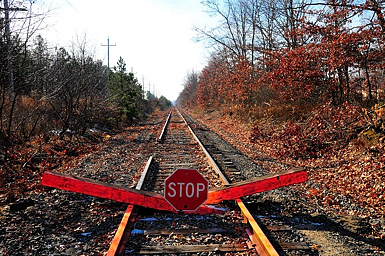 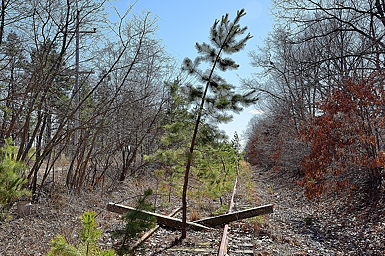 by R&DB
Sat Jan 23, 2021 9:32 am
Although I have no first hand knowledge of this, I believe the Cross Street siding was installed to eliminate the time consuming 5 mile run to Lakehurst. At the time (2009-2010) the trains to Woodhaven were 6 or 7 cars, so an 8-car siding would be more than sufficient. 2012 brought Hurricane Sandy and the need for building materials it generated. Then came the huge building boom in Lakewood and vicinity caused by an exodus of the Hebrew community of Brooklyn, NY to the Lakewood area which continues to this day. Woodhaven's spur doubled in capacity and probably could be doubled again due to demand for building materials. Conrail's mistake was not lengthening the Cross Street siding or re-opening the line to Lakehurst when Woodhaven's spur was doubled and traffic doubled. This recent accident was totally preventable but Conrail took no action to do so. I'm surprised it took this long to happen.
Conrail lost money and the Central Jersey railfans got some entertainment.

Back to the time consuming run to Lakehurst. The entire 10 mile round trip would be almost meaningless if they repaired the entire Southern Secondary to Class 2 or 3 from Red Bank to Lakehurst. The time saved running from Browns to Lakewood would more than pay for a Lakehurst turn. And while they're at it do the same for the Freehold Industrial and make a wye at Farmingdale. That could make the Red Bank to Shark River Road section no longer necessary along with the NJT Coastline trips. This might upset or discomfort a few Eatontown area railfans, but makes good business sense.
Harry

Anyways, he’s what he knows about this lawsuit. He was told about it by one of the crews who used to work down here before they either left or retired.

In 2004 an engineer took Conrail to court over the track conditions from Cross Street to Union Ave. There was also something in there about a back injury, but I’m not sure if that’s related.

The outcome of the lawsuit is unknown. Very few seem to know it even happened.

Following the lawsuit, Conrail began making repairs from 7th Street in Lakewood to Union Ave in Lakehurst. Repairs mainly consisted of new ties, tamping, and I believe they put lots of gauge bars in too. They did not repair the bridges, which were in bad shape at the time.

The most interesting thing that came of this was something that me and my friend call “The scientist train.” This was an extra that ran to Lakehurst with CSX 4405, NS 5311, and either five or six cars. The train had sensors on it to measure the track conditions, and a bunch of people riding in the cab of 5311. This was in January 2005. I guess they did this as a result of the lawsuit to try and find out if the track was safe. Nobody told them that the line still had a track speed of 25 MPH but that it was only safe to do 10 lol.

Looking back, this is probably why they closed the line south of MP 61. It was still a stupid decision as the sand train project was already well underway in Lakehurst. I honestly don’t see why Conrail could have at the very least turn trains around at Cross Street and then just keep the line clear of overgrowth by coming in once a year to spray weed killer and trim trees like Seashore Lines has.

Yes, turning at Cross Street does save time and money. Even so, Conrail really should have just left the line open for another quarter of a mile or so. Then they could turn the entire train around with room to spare.

I say get Stavola, Republic Services, ABC Supply, and Red Bank Recycling as customers. Then add a crossover in Red Bank so they can use the siding and stay out of Red Bank yard. After that, repair the line for a 15 MPH track speed from Red Bank to Farmingdale. (This can be done easily and cheaply)

Only problem is they can’t bring Plate F cars into Red Bank due to the low clearance at the Tinton Ave bridge, but there are ways around that.

This was in January 2005. I guess they did this as a result of the lawsuit to try and find out if the track was safe. Nobody told them that the line still had a track speed of 25 MPH but that it was only safe to do 10 lol.

See this (in this thread):

This was the result of a Sperry track inspection (see Wolfboy post on Mar 27, 2004), never heard of a “The scientist train.” (maybe a science fiction train?)

The 10 MPH speed restriction was in place ! And Wolfboy was a RAILROADED not just a RAILFAN.