by njtmnrrbuff
Sun Aug 30, 2020 6:15 pm
It's been time for them to get a rebuild. It's also good that they are getting repainted so that way, people will recognize that it's a CTrail unit rather than the Amtrak patch job.

Sent from my SM-T290 using Tapatalk

Someone on Instagram remarked that the front of 6711 looked a lot like the front of Amtrak 156 (the Phase I heritage unit). Which it is; it technically is exactly the same red/black paint pattern.

There was a twitter question about the status of the P-40’s. Marcy Peterson said six (6) locomotives are out for overhaul. Two (2) more locomotives will go out for overhaul when two (2) return. There are three (3) in a production line at a time. Once a locomotive is returned from overhaul, it goes through extensive testing before it is returned to service.

I haven't seen anything.
TRAIN(geek) APPROACHING, PLEASE REMAIN BEHIND THE YELLOW LINE

by daybeers
Fri Nov 27, 2020 8:42 pm
I tried to ask about that & several other items at the last CT Commuter Rail Council meeting, but they use Google Meets (arguably the worst platform to use) and post the link publicly (a terrible idea). So it got "zoombombed" by people playing very loud music. They kept kicking them out but they kept coming back. Restarted the meeting and it was fine for a little while but I couldn't figure out how to unmute myself on the dial-in number in the public comment period so I missed being able to speak. Then the music came back, they restarted again, but then had to create a different meeting but there was no way to let the public know what the code was because the music was so loud and then those playing it would be able to get in. They posted on Twitter that they were going to post the recording and several users, including me, have commented that they haven't. I have a contact that I will reach out to on Monday. Incredibly frustrating, as I spent a while trying to get my comments under 3 minutes and now I have to wait a whole month to speak. Someone asked if they could switch to another platform, I see why! Connecticut state agencies use Microsoft Teams, which is the best video conferencing platform out there IMO.

by BandA
Thu Jan 14, 2021 3:16 pm
This is a little late, but maybe you should contact the appropriate people directly ahead of the meetings. That way they have time to consider your comments or have a conversation with you. Most decisions are really made outside of meetings. Unless it is adversarial where you are confronting them then you need to challenge them in public during the meeting. 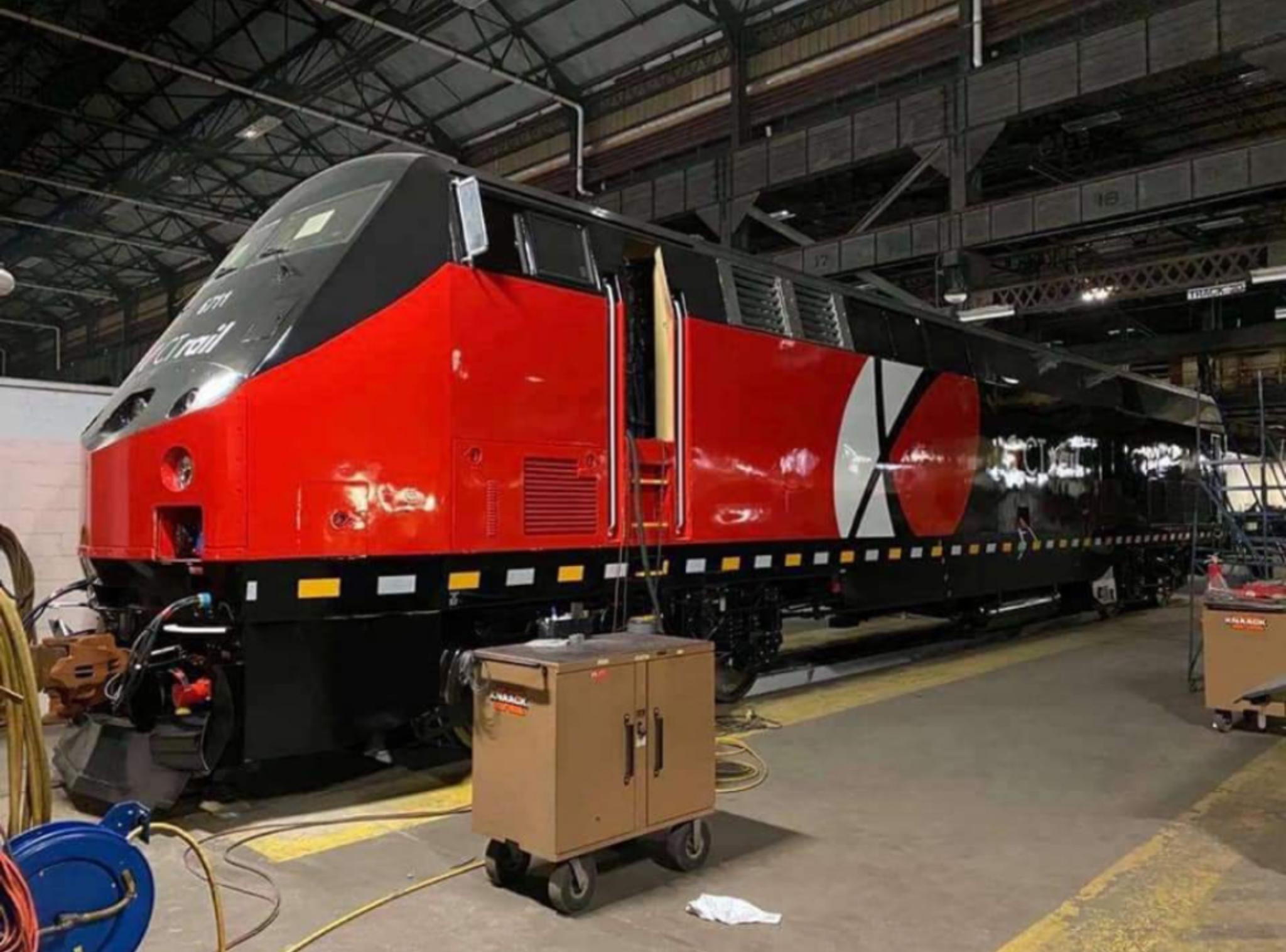 Another image from a facebook group. Still no word on when any of them will be received.

by daybeers
Sat Feb 27, 2021 1:13 pm
Looks lovely but yes a timeline would be great, it's taken forever. Anyone know if the engines are being swapped for a higher tier? The current ones are slow, inefficient, belching Tier 0s.

daybeers wrote: ↑Sat Feb 27, 2021 1:13 pm Looks lovely but yes a timeline would be great, it's taken forever. Anyone know if the engines are being swapped for a higher tier? The current ones are slow, inefficient, belching Tier 0s.

Looks like the timeline is just about over (for the first one).

CDOT 6711 on Q364 passing by the Berea, OH cam. This screenshot was originally posted on CSX Albany Division Sightings by Cooper Groenendaal.

From the award document, it doesn't seem like they are getting a higher tier, other than benefits from whatever new components go in.