We are approaching this rather rapidly considering it was announced 5 plus years ago and there is less than 8 months to go...

Are there any plans to run specials trains out to "Southampton College Station" with a temporary platform across from the entrance? Under transportation for the event it talks about a shuttle bus but no word of LIRR (at least yet)

I know there was service in 1992 and 2004 but cannot find the 2004 schedule using wayback machine. Does anyone have a copy they can post?
Top

This article from January 2017 mentions possible discussions with the LIRR about building a temporary station.

I imagine they would want to do this to reduce the amount of vehicular traffic.

The 2018 US Open will be the fifth held here. What did LIRR do the other four times?
Top

I found these two topics about the US Open back in 2004:
viewtopic.php?f=63&t=2479" onclick="window.open(this.href);return false;
viewtopic.php?f=63&t=3598" onclick="window.open(this.href);return false;
The LIRR Forum Archives contain these topics and since Railroad.net in its current form began
in 2004 it was actually somewhat easy to find.

There more then likely be a temporary station constructed for the 2018 US Open golf tournament
similar to what was there in 2004. Back then almost 75,000 attendees used the LIRR...

So, per the numbers provided from back in 2004:

The final figures for the U.S. Open LIRR service, as per the LIRR employee newsletter, are:

Very interesting numbers. A lot will have changed by the time the 2018 U.S. Open begins. Some key things to note for 2018 that will be different from 2004:

- No more manual block over this portion of the railroad. The station will be nestled in between the two new interlockings: SH (Southampton) and RPK (Hampton Bays).

- The prospect of 21 MARC cars. It is unclear if they will be on the property by that point, but if they are they will not be wasted. The railroad has not added any power since 2004, so they are still strapped of locomotives at this point.

- Trains to Montauk are longer than they were in 2004. Trains 8702-8706 going east generally consisted from anywhere between 8-12 cars consistantly throughout this summer. Not even 5-10 years ago this was not the case, especially not in 2004. The Open is actually in about the best time of the summer for it to take place, as the period between Memorial Day and Independence Day is generally the lightest travel period to the East End between May-September.

I am agreement that it needs to be documented better. Luckily, we live in a time where we have all the resources in the palm of our hands. Even back in 2004 smartphones were just a futuristic thought.
Top

Shinnecock Hills: 2 The former site of “Southampton College” Station. 528’ west of MP86. Site temporarily reused as a station stop for US Open: 6/2004. Listed on Special Timetables as “Shinnecock Hills.” Temporary high level platform 2 cars in length erected. Although pedestrians had to walk over the Tuckahoe Rd. crossing, a pedestrian crossover was installed over the highway. All structures removed and station stop discontinued after the golf tournament ended.

Please post other material to add to this history as you can! Thank you, Steve
Steve Lynch
Long Island Rail Road :: Trains Are Fun
Top

NYANDW, I emailed you 4 photos of the 1986 US Open Special at the then South Hampton College Station, which you are welcome to post.
Top

LB wrote:NYANDW, I emailed you 4 photos of the 1986 US Open Special at the then South Hampton College Station, which you are welcome to post. 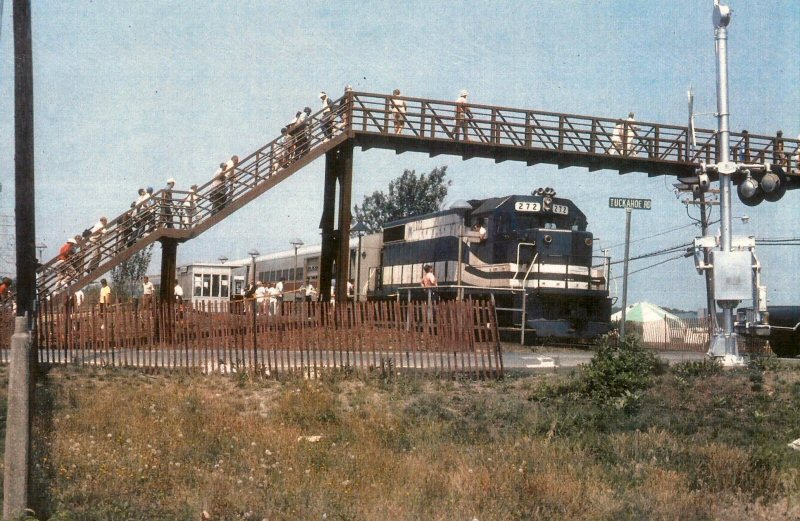 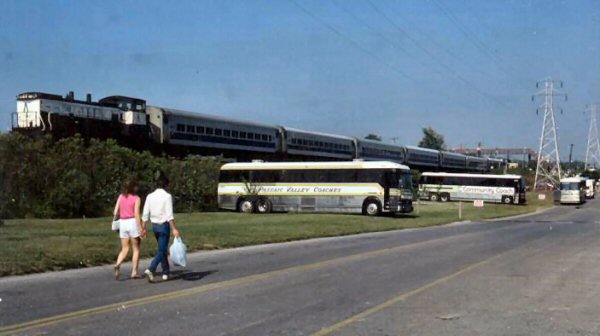 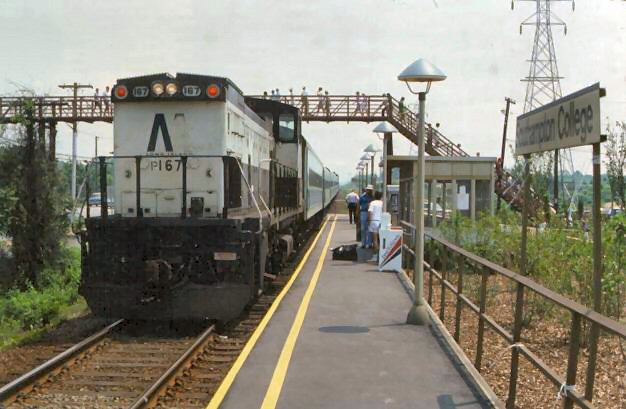 Does anyone have a copy of the 2004 schedule that they can share? here or in PM Thanks
Top

CentralValleyRail wrote:Does anyone have a copy of the 2004 schedule that they can share? here or in PM Thanks

Ditto, Would like to see it!
Steve Lynch
Long Island Rail Road :: Trains Are Fun
Top

Given the reference to the motive power shortage, are the MP15ac's configured for use with coaches still?
Top

The remaining MP-15's can tow a C-3 car/consist if needed,but cannot supply HEP or MU to the C-3's.
The MP-15's that were modded as "power packs" to supply 600 VDC to the MP75's/72's have had that mod disabled/removed.
LIRR might "borrow" a few BL20G's From MN to be used with the loaned MARC equipment as a possiblty.
The Land of Enchantment is not Flyover country!
Top

That will be a bigger sight to see than the MARC cars; a executioner decending on the LIRR! The first one that will be in service off of the metro-north in NY, even for a small period.
china does trains better
nationalize the class 1s
Top

ConstanceR46 wrote:That will be a bigger sight to see than the MARC cars; a executioner decending on the LIRR! The first one that will be in service off of the metro-north in NY, even for a small period.


Is that the plan to run extra trains with MNRR equipment? or just a railbuffs dream>? lol
Top
57 posts